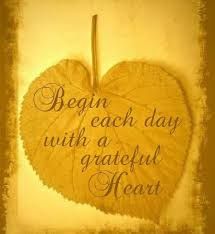 Another day of sleeping the morning away even though I slept fairly well overnight. I think it was the tired after all the self-imposed stress of the upcoming doctor appointment. Well...it is now rescheduled for next Friday as this doctor had to assist in a surgery today. The other stress that was removed is knowing Tim will be home tonight and is home for the week before he heads out again. His Reno days are almost done!

I ran a couple quick errands and then took care of a little bit of paid work before going through personal emails and Sparking. I enjoyed a Christmas movie (Christmas Camp) while I "worked". Next up is doing some shredding as the pile is getting too large and it's great kindling for the fireplace. Then I need to clean up the kitchen and figure out supper before I can sit down with the jigsaw puzzle.

We only had about 4 groups of kiddos last night and one of those groups was actually just a guy who was probably in his late 20s. That one left me uncomfortable so I'm glad Isaac and the dogs were right there with me. I did make sure the door was locked after that one!

Maegann and her bunch all met up here so we got to visit with Jeff for quite a bit while Maegann was doing her makeup and waiting on Kim and her little brother to arrive. He and Isaac had a good conversation before Jeff decided to get in character and drag Isaac away. 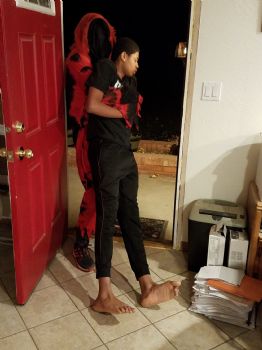 It made for a fun evening as they didn't get out of here until about 7:45! When they returned around 10:30 we dumped the rest of our chocolates into the candy bag that Kim's brother had so now there is no temptation for us!

Tomorrow Isaac has time with Patrick, but it appears he won't be able to practice basketball with him as he got sent to the nurse today with shin pain. It could still be growing pains so I'm glad he sees the doctor on Tuesday so we can check on that too. Otherwise, just a typical weekend for everyone.
Share This Post With Others
Report Inappropriate Blog
Member Comments About This Blog Post