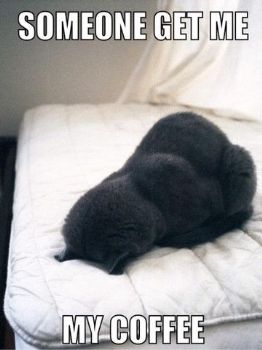 We also have ice for a selection of fresh iced drinks.. 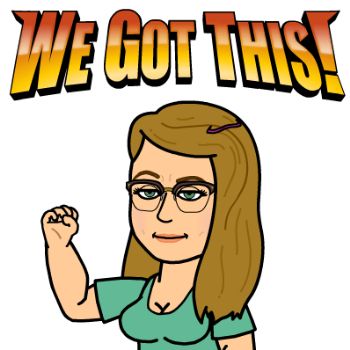 Yesterday is done and over .. and I AM SOOOOOOOOOOOOOOOOOOOOOOOOO THANKFUL MY BROTHER came along !!! Oh my goodness .. mom made mention a couple of times, that she was so happy to see us working together !! but he was a GODSENT !!!! 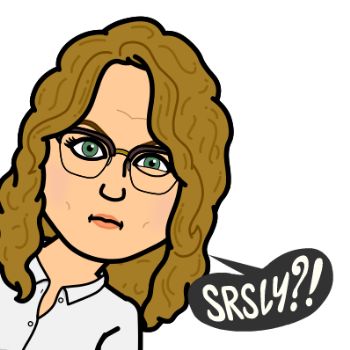 Bill came in a short time later, and she was still in her robe, by this time it was 1:20 .. and he gave her a hard time... she whined to him, and he teased with her .. Finally I told her "get ready now" .. and she got the hint .. and got herself ready .. however, by that time it was 1:50 .. remember that 1/2 hour drive to the doctors .. well .. we shortened that immensely .. I still went the same way; and surprisingly hit all the traffic and lights at the right hit, and made it there just at 2:15 .. My brother was happy because he could just sit and watch the world go by, and mom was happy because she got to see colors .. and be in the sunshine .. *deep sigh of relief here* .. This drive takes you by a number of lakes, and it's just more relaxing, and boy .. I needed the relaxing ..

We got to the doctors office, and Bill jumped out of the car, and grabbed a wheelchair from the lobby .. it's really nice because we could pull literally right up to the door .. He helped mom out, and went in .. They waited for me before they went up to the checkin .. so I just parked across the lot .. and ran in .. We checked in, and they gave us forms to fill out, so I started doing the fillout .. while Bill and mom teased with each other in the waiting area .. I just had to ask a couple questions about where it hurt and how bad it hurt .. and we were called to our room .. before I finished, so I'm still writing as we walked to the room, and I found the doctors stool (there was a chair, but this way I could write on the counter and the doctor didn't need it yet .. )

They came and took mom to Xray .. and I continued to fill out the forms, and it was just Bill and I in the room and chatted while I continued to fill out the forms .. He saw that I had mom's perscriptions in a photo album in my phone, and must have considered that as a good idea, because when we got back to mom's he took a picture of her stuff as well .. But I finally finished the forms as mom came back in .. and she signed them .. :)

Then the doctor came in .. and well .. his report was it was severe arthritis, and actually made a few suggestions about what they could do, one of which was cortizone shot .. I cringed, but Bill asked question after question .. about surgery; and rehab, and what the cortizone shot would do .. etc etc .. I am so thankful that he was there because after they said cortizone shot, my brain froze .. I had always heard that they were very painful to start with .. and burned .. (and so had mom) .. but she settled for that .. 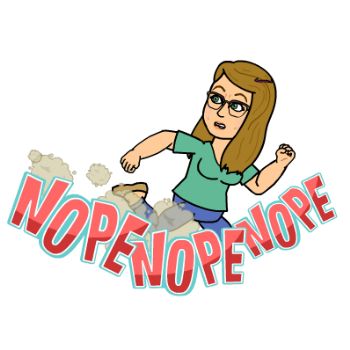 He came in with this HUGE needle .. and my head started to spin .. He prepped her for the shot area, and Bill was looking away, and I closed my eyes, peeking every once in a while just to see what he waas doing .. but mom said it didn't really hurt at all with the exception of the pin prick .. The doctor said that was it and said his goodbyes, and Bill stood up, and mom was ready to go, and my legs weren't quite ready .. They just laughed at me .. but the room stopped spinning ... and I was better .. Bill helped mom into the car, and mom made a comment asking if I was okay to drive, and I told her that if I wasn't I would have handed the keys to Bill ..

The doctor said it would take about 24 hours for the cortizone to actually work .. but by the time we got home, mom said that the swelling seems to have reduced .. so hoping that's a good sign . 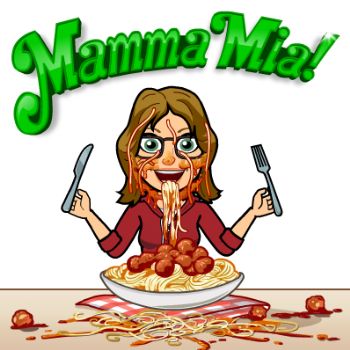 After we left the doctor, mom wanted to get something to eat, so we went to the German restaurant in town .. (one of my favs) and I had poor mans lobster, and Bill had the all you can eat fish fry; while mom was wearing white, and had the bbq ribs .. lol lol lol .. She noticed that I was more relaxed and I told her .. "I just don't like being late for appointments .. " .. I'm the type of person that is more happy getting to my appointment and sitting for 15 minutes to wait for my appointment TIME .. she just smiled .. and we went on .. *really???*

But we had a wonderful time at lunch, and the food was super yummy .. and she asked if we could make a stop at the grocery store .. I looked at Bill .. I knew I didn't care, but didn't know if Kathy was expecting him home at any special time .. and he agreed .. We got to the store, and he ran to get a cart, which she used for her "walker" .. and I just stood back .. (I earned my breaks this week) and watched them .. they were hysterical .. he was like a kid in the candy store, and she was just feeding him the candy .. I loved it .. and we were starting to do team work .. so mom could hang on to the cart, we reached and bent to get the bagels she wanted, and he found some cream filled pastries that he wanted ... by this time I was getting a sour apple belly, so even though mom kept asking me what I wanted, I declined .. but it was just so much fun watching them interact .. made my heart warm !!! :) 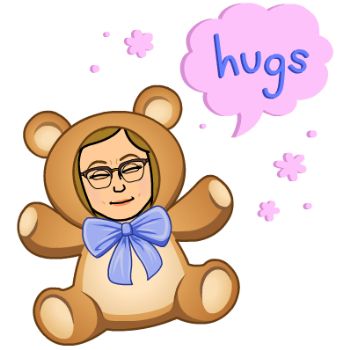 She did really well, but was ready to go home .. We got inside, and she asked if we wanted a baby drumstick, so we all had dessert ... Bill and mom had chocolate, and I had the caramel .. and we just sat and chatted .. Mom had a good day, and she made mention again, that she thinks the swelling is going down .. Bill is going to call her today .. When we got to mom's Bill is taking home the last of her pumpkin bars, and he had 2 pieces while he was there .. Where he puts the food he eats I have NO idea .. I know he's very active, but holy smokes .. it's fun to watch him eat because he was a VERY picky eater growing up .. Kathy's certainly changed that !!!! lol lol lol

I left, and caught Ciele in the hallway .. she had just gotten home from her vacation, and was heading over to mom's to say HEY .. and we talked about her trip .. and she asked about mine .. I told her that I had a wonderful time, but didn't go into the hornets nest that I walked into when I came home .. I told her that mom had a cortizone shot, and that's got to last until January 25 .. because it's every 90 days .. The doctor said some people are like clockwork and come in every 90 days .. 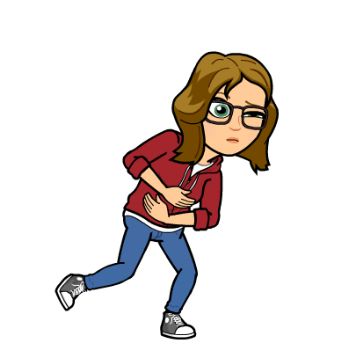 I got home, and my sour apple belly was in full force .. I took myself a slug of Mylanta ... and then another one before going to bed .. well .. this morning, it's very active .. my belly is fine, but whatever was irritating my belly, is fussing all the way out .... I don't know if it's something I ate at the restaurant, because I was fine beforehand, or if it was just a coincidence .. but it's there .. :) 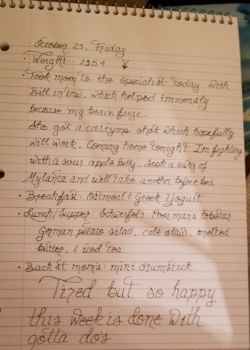 I did my journal .. it's not as fancy as normal, and detailed as normal .. because my creativity has been pretty well wiped this week .. however, I'm proud of myself for not falling into "I'll do it tomorrow" syndrome !!! WOOHOO !!!!!! I kept up with it even though the last 2 days have been eats from memory .. :) I DID IT!!!!! 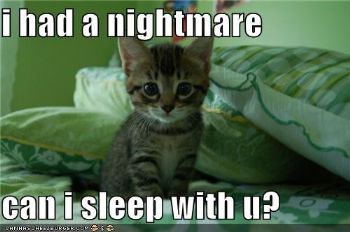 I slept well, but had some mega wild dreams .. one of which was very gorey, and they were chasing me all over town .. very bad nightmare ..

I'm happy my week is done .. and hubby is sad because it's supposed to rain tonight .. right during his halloween trick or treat .. :( but he appears to be better today .. When I got home he was still on his "oh I'm tired" binge .. this morning he seems better .. He's heading out to the stores today; to get himself some new slippers, and I'm just hanging around the house .. not going NOWHERE !!!!! if I have anything to say about it .. I hear my playroom calling me .. :) 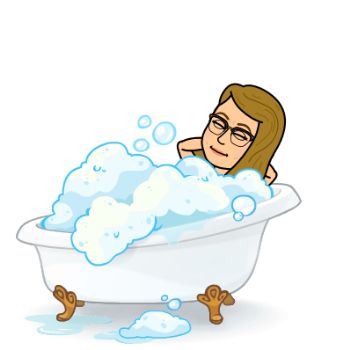 I need to get myself together for my party that I've been looking soooooooo forward to tomorrow .. :) That's been my mega goal throughout the week .. that party .. and just letting my hair down .. :) literally !!!!!