My dear friend-more-like-sister Pastora Sabina has a heart to reach out to children for Christ, especially in the poorer areas like the "cerro" (high lands). She bought a small piece of property there and built her little house and when Pastor Edwn arrived on July 4th we began to make plans for an event for the kids. Edwin and I both brought little toys and tracts and goodies. We got rolls and served bread-and-butter and bread-and-PEANUT butter, along with hot chocolate and a tangerine. Some of the youth from the church led the kids in songs and games and gave out balloons and stickers. Then Edwin opened in prayer, and foodstuffs were passed out, followed by the little treasures. It was a very successful event, a blessing to the givers as well as the receivers. Here are a few pix.
Squunched in a motokar to the site 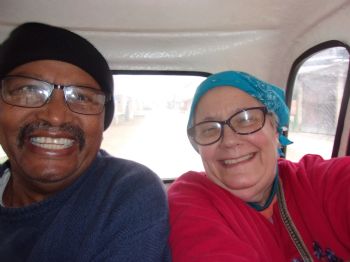 Our first view. That's Sabina's wee house above on the left - they somehow moved it to make room for the event. 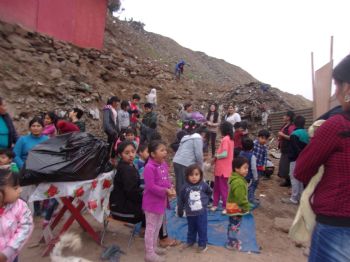 Here you see some of the youth blowing up balloons - one of my spiritual kids, Victor (AKA Tito) in the green. 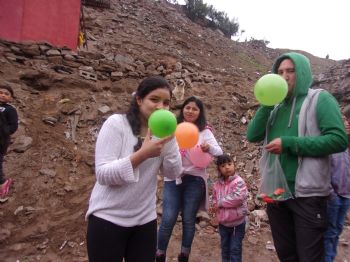 You can see how the ranks of kids swelled. They have so LITTLE. 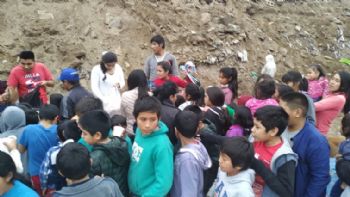 There were also a couple of mild mannered doggies. 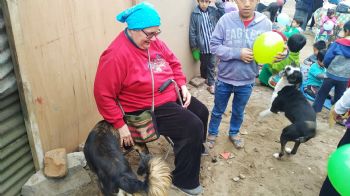 Well, I have about 2 minutes left, so, that's all the catching up for now!