How can a whole week have already passed?

Well, let's just say I've been busy and haven't had a chance to say much on SPARK, focusing on my Facebook blog to reach a majority of contacts.
So let me see if I can give a Reader's Digest Condensed Version.
On June 30, I preached at the church of Ps. Angel and Psa. Rosario. 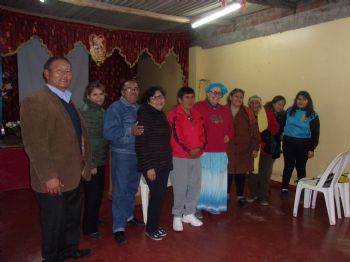 Afterwards they took me and Pastor Jorge to a Chinese restaurant where Rosario suggested a platter to share. Good choice! 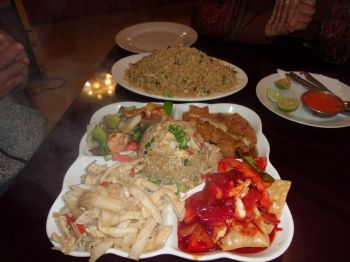 On July 1st, well, I gotta tell you, Nino likes to push my door open and get with me on the bed. When I got up to use the bathroom during the night I'd often come back to this. 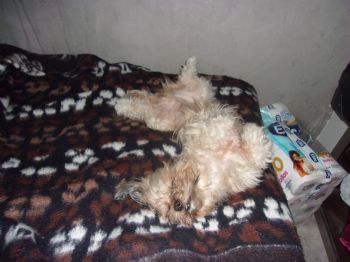 After breakfast, I set about to make us lunch of tuna melts from what we'd bought at Tottus. 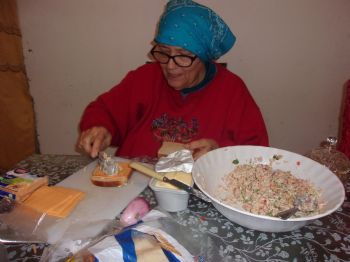 We made I don't know how many sandwiches! I prepped and Sabina cooked. 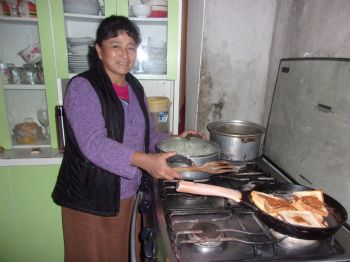 They were good! While we were thus occupied, Sabina's sister Vicki arrived. I missed her bear hugs! 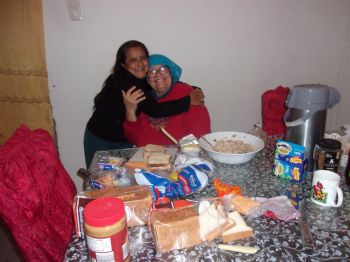 Her granddaughter Brigith accompanied her, and joined us in the yummy lunch. 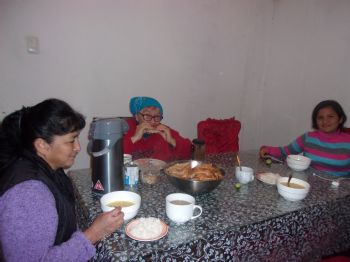 Wednesday was a day to relax. I woke up to a big bowl of fruit from one of Sabina's forays to the local market. 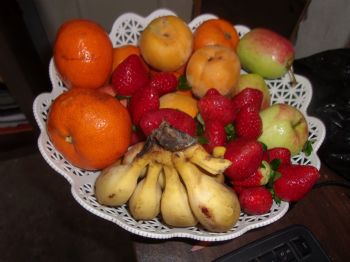 Sabina was busy with matters regarding the property she'd bought up in the "cerro" (high lands) where she was going to be establishing an outreach ministry. So she had Abner cook up some peje rey (a kind of fish) and fries for me. 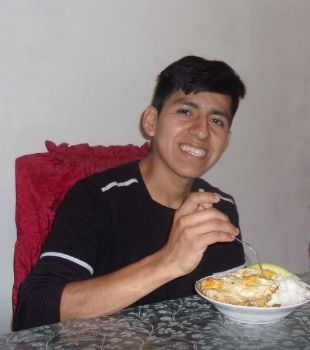 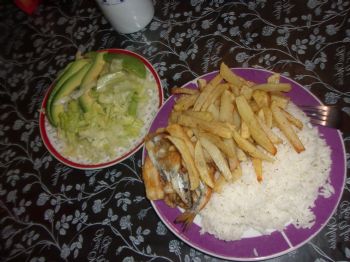 On the 4th we were anticipating my pastor's arrival. Dany, one of my spiritual sons, came with his car to take us - me, Vicki, and Sabi - to the airport to get him. But first we had lunch of Tottus pizza. 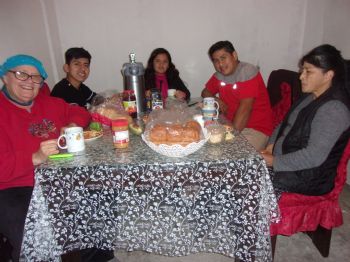 Dany dropped us off at the airport to pick us up later. But Edwin arrived EARLY and Dany missed Sabi's calls until we'd already decided to get a cab. When he called back, we told him to nevermind. We got home around midnight. We got up for a nice breakfast the next day, and Edwin listened to Sabina tell about her vision and heart for the outreach. 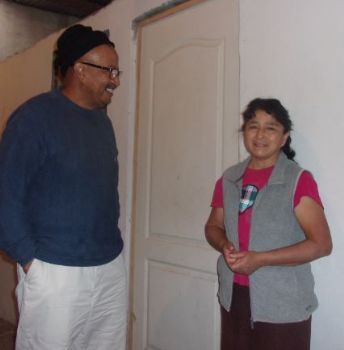 Later Brigith and I stuffed little baggies that already had evangelistic bracelets, with a tract and a toy or candy or pen or highlighter to distribute to the kids. We also brought lots of little toys for the chocolatada to be held the next day. 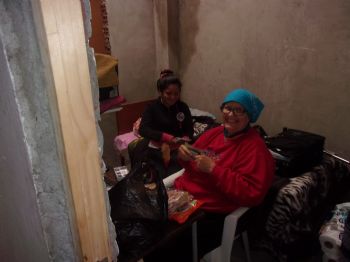 Then we had lunch of fried chicken, potatoes, and salad (AND the ubiquitous rice) 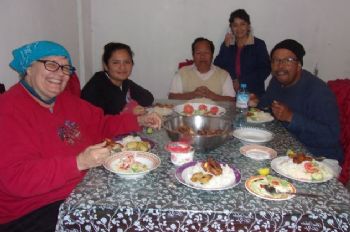 Then I had a little visit from friends Aurora, Lorenza, and a goddaughter Ester with her baby girl.They brought me an early birthday cake! 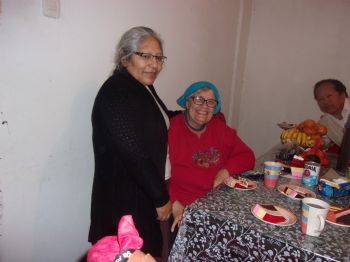 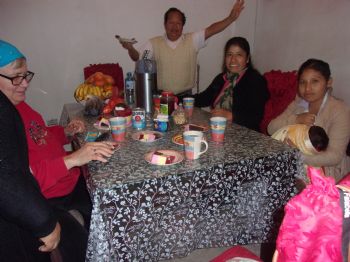 Later Edwin preached at the church (Voz de la Transformacion) and everyone was blessed (and I didn0t have to translate!) 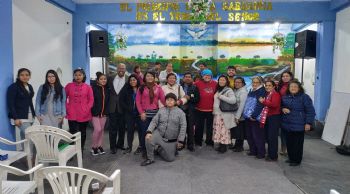 The next day was to be the chocolatada.
We had breakfast of beef with peppers, tomatoes and onions. 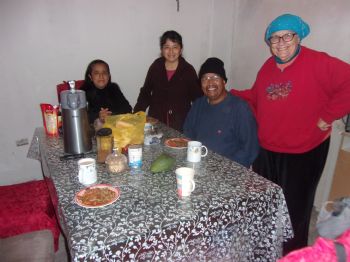 A-a-and, I'm just gonna have to stop here and head back home (I'm in Pucallpa now) and continue to catch up at another time! The chocolatada itself deserves more time. And we're having one tonight in Pucallpa! Bye for now!