{In case you did not read the blog that introduces this clip-from Chapter One of my memoir--the link at bottom of page explains}.

It was summer and school was out. Shortly before my 7th birthday, early one morning, my mother drove me, along with my younger brother, to the Sierra Nevada Mountains where I would spend one week at my grandparents' farm. I wondered why my brother was not staying with me, but I didn't dare ask. I fidgeted, wondering what I would do with no other children to play with. No reason was given as to why I had to stay there alone. Was I being taken there to visit or was I sent there? Did I do something wrong? I tried to get up the nerve to ask, but the words would not come. I did not want to be left there by myself. 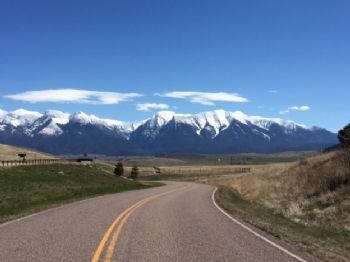 The humming of the 1953 Buick was the only sound heard for hours as my mother drove the winding roads through the mountains with barely a spoken word between us. My brother sat in the front while I sat in the back seat, holding back the urge to get carsick,. I tried hard not to suck the smoke from my mothers cigarette, leaving me reeling with nausea.

Once at my Grandparents' farm, my mother and brother came in, but no sooner did we arrive, than my mother told me to be a good girl, and the two of them left. She said something about needing to get right back home. As they drove off, I waved until they faded out of sight. I was promised they would return in exactly one week.

I felt an ache in my stomach as I soon began to miss my brothers and neighborhood playmates.

The next weekend approached and I had my small bags packed and ready to go. I paced the whole day, watching for the two-toned blue Buick to come driving down the street. Farmers in old trucks drove by, but no one came for me. No one called.

My grandmother finally broke the news: "They are not coming. Your mother said something came up, so it will be another week."