We have ten days of holidays in Japan at the moment. It’s usually beginning to get warm at this time of year, but it’s been unusually chilly. Yesterday was forecast to have the best weather, which was lucky because it was the day three of us had planned on one of our long walks, this time along the same river as usual but ending up at a famous temple. 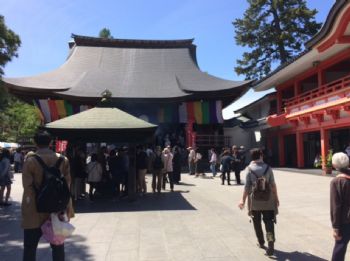 This time I wore shoes with thick spongy soles for the rough stony ground. I felt a bit uncomfortable leaving DH at home to fend for himself as he can do less to pass the time without me with his limitations. On the other hand I can’t get out in nature and get good exercise when we’re together. Another thing is it feels important to nurture friendships. 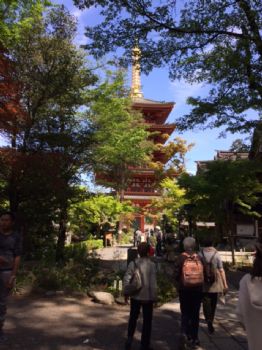 It felt wonderful to get away from the center of the city. The flowers were beautiful: masses of pink blossoms mostly carpeting the ground, yellow on the islands in the river, purple and deep pink rhododendrons by the roadside. The walking was as tough as usual along the rough ground. After about an hour and a half, we stopped for our usual picnic on concrete blocks by the river. Large groups of young people were having barbecues - smelled rather good! 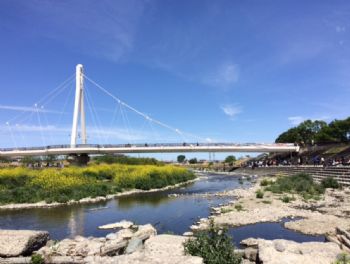 Then we moved on to the temple and climbed high up steps in the temple grounds. After the temple, back to the station and home. After getting home, I noticed that my face was rather burnt by the sun, probably while having lunch by the river. Now I can understand why Japanese women protect themselves from the sun, even early in the year. I can hardly imagine getting a sun tan in April in England. 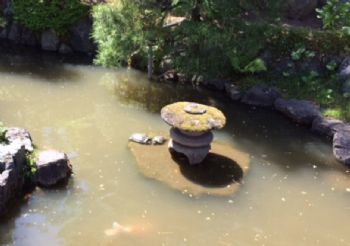 A couple of turtles sunning themselves. A carp in the foreground.

During these holidays, I hope I don’t break the pattern I’ve started with my weight. I’m pretty pleased with this, even though it’s only a couple of pounds.