A long walk through the center of Tokyo

It can be challenging to find beautiful places for long walks. We used to go for weekends to a peninsula several hours from here. One walking route had spectacular views over a rocky coastline. Walking in the city where I live can be very interesting but mostly not beautiful. Where I walk outside the city with friends has open spaces and a river, but a lot of flood prevention work is usually going on, so the walks are fun, but not scenic.

We recently took a taxi from Tokyo Station, and the ride gave me an idea for a good long walk - eight kilometers. The route takes us past two palaces, parks, and government buildings - lots of beautiful open spaces. We had good weather yesterday after a few days of rain, so I got on a train at 7:30 am and went to Tokyo Station.

The Imperial Palace is right near there, and there’s a five kilometer route around it which is very popular with joggers. I love the wide moat which has steep grassy banks going down to it. I saw one swan, ducks and a bird which looked like a cormorant. It dived down and seemed to disappear for a long time and then came back up five meters away and immediately tipped its butt into the air and disappeared underwater again. 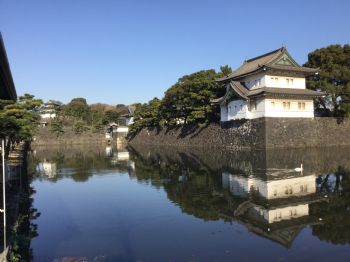 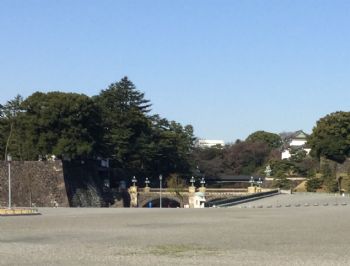 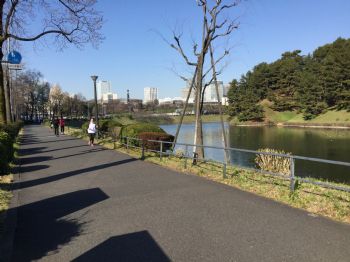 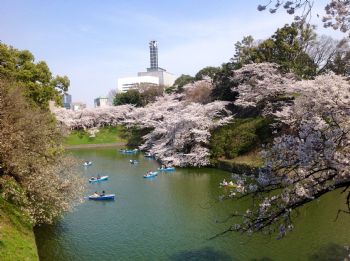 This one taken five years ago in April.

After walking along the moat for a while, I got to the parliament building - the Diet building - and walked around a small park near there. There are a few trees blossoming, but the cherry blossom season is not for a couple of weeks yet. 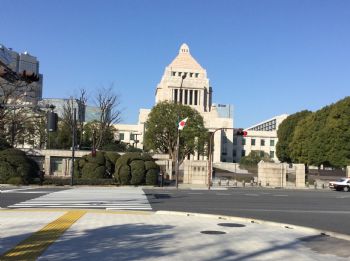 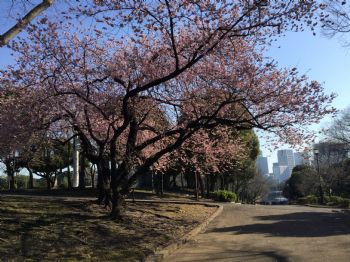 The next landmark was the Akasaka Palace. The main building is used to host foreign dignitaries and part of it is open to the public. Maybe I’ll visit it some time. The Crown Prince lives on another part of the grounds. The guards around the perimeter smiled and gave me a cheery “Good morning” in English.

Near the end of my walk, I got to a coffee shop outside a gym I used to use which is now being reconstructed for the Olympic Games in 2020. I had an orange juice and took a break before finishing up the eight kilometers.
Share This Post With Others
Report Inappropriate Blog
Member Comments About This Blog Post