He doesn't know what to do with himself. 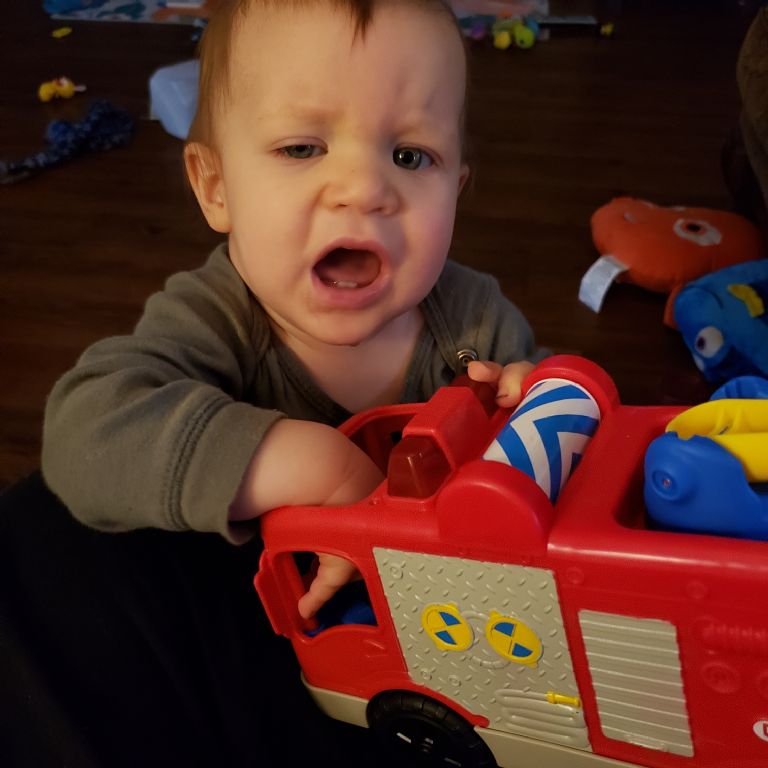 The jealousy has finally kicked in for Connor. He has occassionally thrown some (soft) toys at his sister, luckily he still has bad aim. But he has little "melt downs" if I'm feeding her and refuse to pick him up. I want him to feel included and not ignored, but I also want to teach him they can have their own individual time with me without feeling like I love one of them more than the other. How do you balance that or explain that to a one year old tho. So while sister sleeps, and I pump, I'm letting him play with his fire truck on my lap. But he's angry cause the button wont continuously play the siren sound. Marin is eating better, but she's still having trouble keeping it down. And still hasn't made it back up to 7 lbs yet, but hopefully we will get there by this weekend because she will have to go to visitation with her dad this coming weekend. As much as I dont think she needs to, but I'm gonna have to let her go eventually.
Share This Post With Others
Report Inappropriate Blog
Member Comments About This Blog Post