Losing - but not in a good way 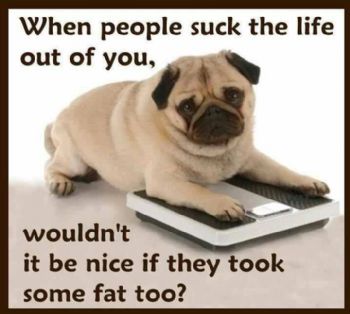 The journey toward better health and fitness has become almost rebellious, in a way. Nearly everything else in my life feels as though it is largely out of my control at the moment, but this - making food choices that can help me lose weight and feel better physically - is something I can do for myself.

I had a huge realization over the past few days. The majority of my weight struggles come from using food as an emotional coping mechanism. I am literally stuffing everything down - using food to swallow my negative feelings. Most recently, these feelings focus on personal frustration. I hardly recognize myself anymore. It's as though every bit of life and happiness is being slowly sucked away.

We just came back from a 6 day vacation - towards the middle, I started to remember what it was like to do things I enjoy, things that matter to me.

Right now, I have a whole lot of resentment that i am trying to process. In June, I got a promotion at work. I did not want the promotion. It does not fit my vision of what I would like to accomplish in my professional life, but there was a crisis situation that would have affected a lot of other people that I care deeply about. In reality, if I did not take the promotion, I would have probably needed to find another job. Also, my husband is going to graduate school right now, and he isn't working, putting us in a financial situation where the extra salary was definitely needed.

The new position is extremely stressful - much more stressful than I had anticipated. In many ways, I feel as though I was hoodwinked. The crisis situation was worse than I had been led to believe. We have managed to turn it around, but in the process, I have spent the last 8 months working about 60 to 70 hours a week. My health has suffered tremendously, and I have gained 30 pounds, making me the heaviest I have been in more than 7 years. Aside from this, I have an autoimmune condition that is also a lot worse than it is has been, largely because of the stress and lack of proper rest. We still haven't hired anyone to replace me, so basically, I am doing my old job in addition to my new responsibilities. Also, I despise being the boss. I knew I would - it isn't in line with my personality, and it is keeping me from achieving my own goals, like pursuing my own writing and research. It doesn't help that being in charge is not unlike being a police officer or mom of many needy adults. My days are filled with much more criticism than appreciation. I need to learn how to detach from it.

In so many aspects of my life, I feel like I am being taken advantage of - it seems like no one is ever happy, and everyone always wants more.