Pastor Jim was called to serve a large Southern Baptist Church in San Antonio, Texas. He had been pastoring a middle-sized church in Minnesota and arrived on a Monday in San Antonio. He was greeted warmly and moved into the parsonage. His first official meeting was on Tuesday evening with his deacons.

"Brothers, I am interested in getting to know you and request your help in doing this by meeting here at the church Saturday morning at 8:00. While in Minnesota, I learned to enjoy bungee jumping and I felt it would be nice to have fellowship down at that high bridge over the Medina River. I will make a jump and show you how it's done, and perhaps you would like to try it also." 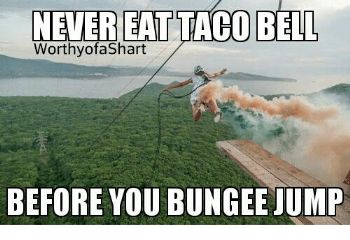 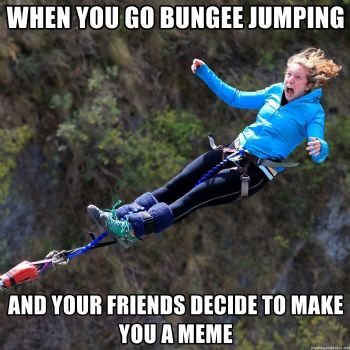 Saturday morning, the deacons were all at the church. They got into the church van and headed to the Medina River. Once they arrived, the group went to the bridge and observed a Mexican American family having a reunion below. At that Pastor Jim said, "I don't think it will be a real problem. I know the stretch on the cord, and I will tie it off so we won't disturb that family." 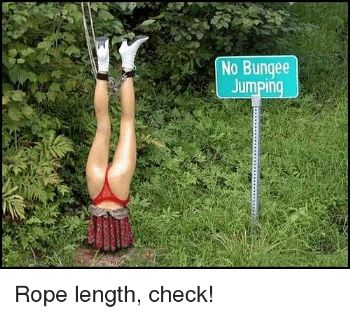 Pastor Jim tied off the cord, put on his harness, and climbed to the top of the hand rail, and with that, he jumped. As he got close to the bottom, a huge cloud of dust arose with a bunch of gleeful laughter and shouts. Suddenly he arose and yelled, "HELP!!" The deacons reached out for him but missed. Again Pastor Jim went down, and again a huge cloud of dust, laughter, and screams arose. As Pastor Jim came back up, all eight deacons reached out and grabbed him.

When he stood once again firmly on the bridge, he asked, "What is a pinata?" 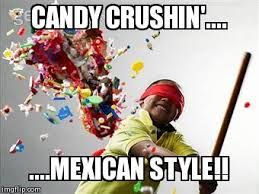 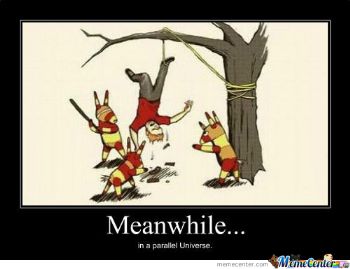 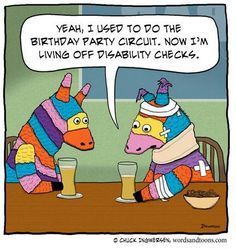 Received from Thomas Ellsworth. via GCFL.net