Alan had a rare weekend off and due to crummy weather, we werent able to go out of town. So instead we ate an early lunch at our favorite Mexican restaurant. I had a beef taco salad & refried beans. I realized refried beans is another food my gut doesnt like since having my gallbladder removed. 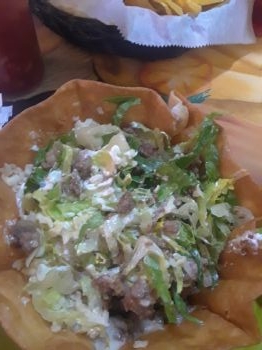 Then we went to Dicks Sporting Goods & bought & picked up my new recumbent bike, a Schwinn 270. 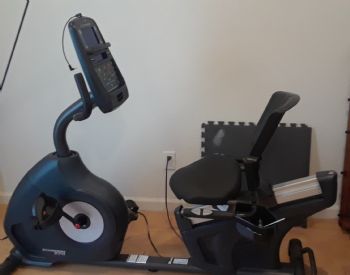 We got home and after letting his food settle, Alan got it unloaded & started to put it together. It took him a few hours & it was late by the time he was done.