"How I Spent My Christmas Vacation"

Friday, Dec. 21 we had no school. My only blood relative who lives anywhere near me, my nephew, came over that evening with his fiancee to have dinner with me. (I made my "famous" pot roast) 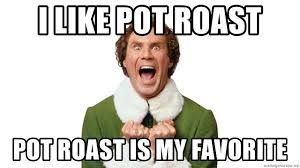 They brought me a bottle of sangria, and for Christmas, something to hold it. I had told them, when asked if I liked wine, that I did, but often forgot to drink it when I had it. I was surprised and delighted at the gift, and they said NOW you'll remember to drink it! 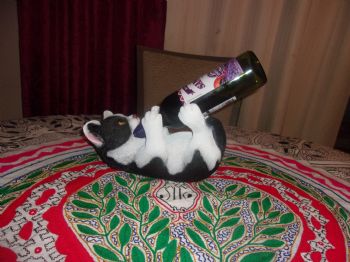 On the 22nd we got together for "Scrabble," that is to say, my Scrabble buddies and I got together, but we didn't play. We lunched on subs and exchanged gifts.
My friend Carol: 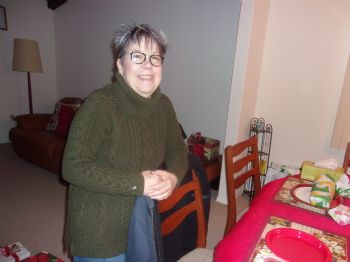 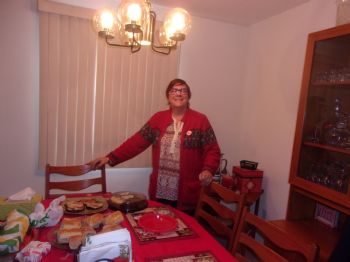 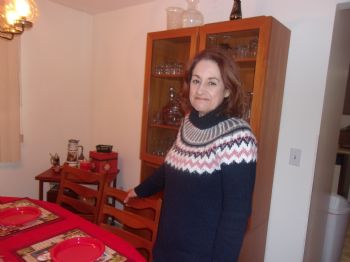 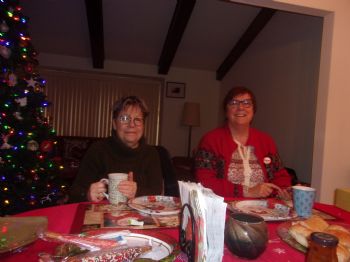 and me with Sue 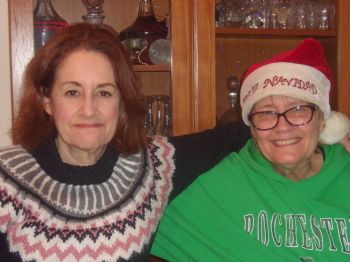 Still crazy after all these years! 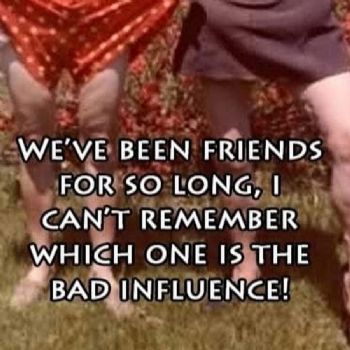 Then Sunday I left around 6 am to visit my daughter and grandkids. I'd been praying for, and asking for prayers for the long drive. After all, it IS winter. 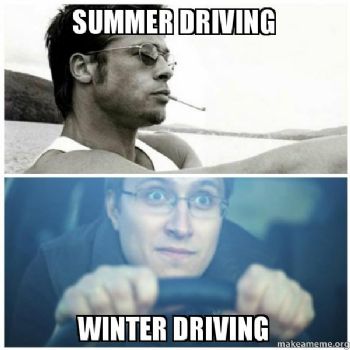 It being so long a drive, I broke it in two parts, staying at a B&B on Sunday. 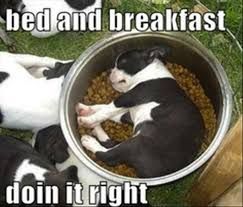 Thankfully, the weather was fine all the way, and the roads were clear. Just had some issues with the sun being in my face when I was looking for one of my last turns. 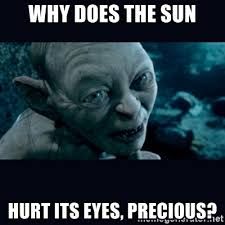 But I arrived for Christmas Eve! Since DD didn't have anything lined up fro Christmas Eve dinner, she asked if I could pick up fast food, since they hadn't had it in months, as a special treat. So I picked up some McDonalds and KFC. 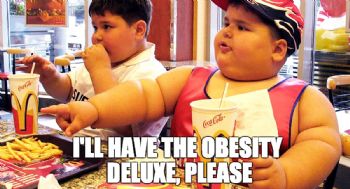 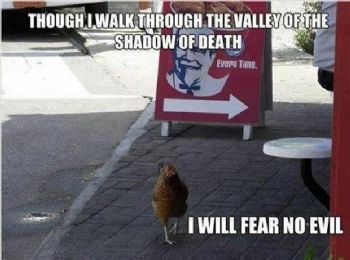 DD and the kids came out to greet me and help haul in the stuff. (Of course, I burst into tears as I hugged my grandkids, from whom I'd been separated for 9 months!) I showered to wash the "travel dust" off me. I was given some jammie bottoms to match the ones they had.
I hadn't brought them any presents per se. But I'd brought things they left behind in their haste to escape DD's abusive ex-boyfriend (the kids' father), and re-gifted some things I'd received which I thought they'd like. 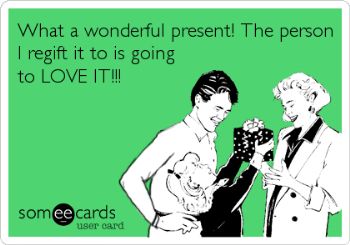 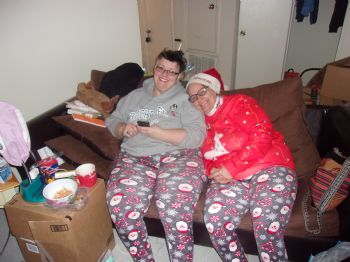 and they opened gifts (here my granddaughter has the super soft Christmasy blanket that I regifted to her) (yes, she totally shaved her head - her father never let her cut her hair, and it got long and heavy. So, she now had the freedom to do so and went whole-hog.). 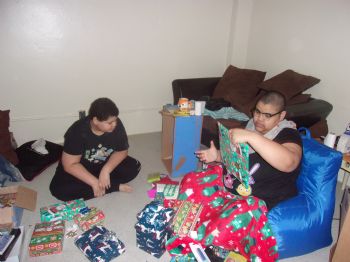 The next day I took them shopping at Walmart and Aldi's, for groceries, housewares, and clothes. I charged about $360 and spent about $260 on my debit card! And we weren't even hungry! 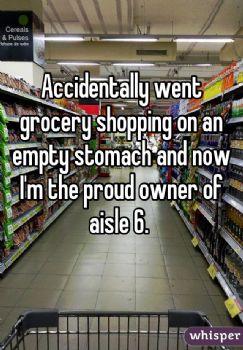 This should tide them over for a while!
Well, we spent the days more or less in each other's company, watching Netflix, or watching one or both kids play a video game. Because of occasional gunshots being heard in the area, they don't go outside much. Still, DD said it was the best Christmas they'd had in a long time (apparently the ex tended to ruin things for them.)

I'd originally planned to leave Monday morning, again making the trip over 2 days, but decided to leave Sunday so I could have a full day to rest up before returning to work. Left the B&B so early Monday that I got back in town with enough time to stop for a few items at Aldi's before continuing home, where my kitty Rosie eagerly greeted me. 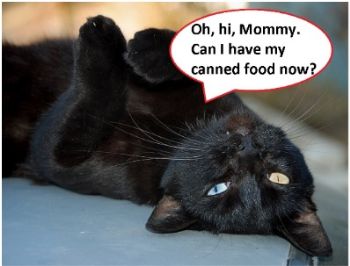 So, here I am at home, and trying to catch up on Sparking. How was YOUR holiday?