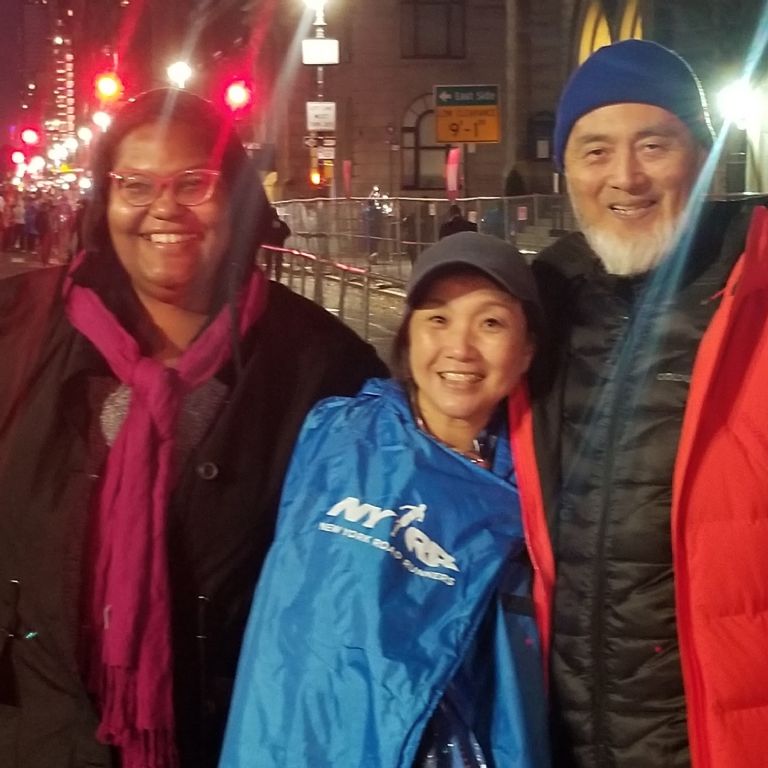 I went to New York last Tuesday and came home last night. I'm halfway in love with it and I've only been there twice and haven't explored near as much as I wanted to. The first time I was sick for half of the trip and this time I worked the expo for the marathon. Let me tell you about the Expo. Super duper fun! I talked to people from just about everywhere. The U.S., Canada, Ireland, The UK, etc. I believe all 6 of the 7 continents were well represented along with several island nations. There was 120 booths there I think. Sooo much cool stuff to see. Plus freebies! Gotta love the freebies. There was a massage thing that looked like a car buffer. Worked miracles though.😀It, of course, was super expensive. Did I mention the people? Just about everyone was super nice. The local lady who helped me figure out a way to get to my friend after the Marathon. Like, I don't understand why New Yorkers have such a bad rep? Sweetest people ever! Why does Google lie and say everything there is in walking distance? Things are not in walking distance. At least for me they weren't. The subway system there. That is a frightening beast for me. I was definitely wanting a shot of something strong and medicinal when I made my way out.😅😏 I'll tell you about it later. This is my friend who completed her very first marathon! She finished in 6:41:13. I'm so proud of her!🎉🏅
Share This Post With Others
Report Inappropriate Blog
Member Comments About This Blog Post