I have been trying to do SOMETHING creative every Saturday at my "Creation Station." 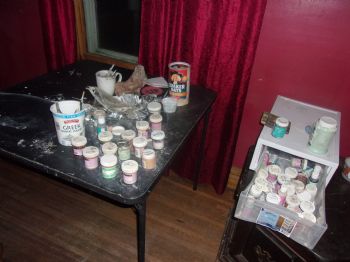 Actually, I even did something Friday night, which was finish glazing my students' pinch pots. Of course I let them START at school, but I finished up so they would look nice. And they DO!
Here's an example: 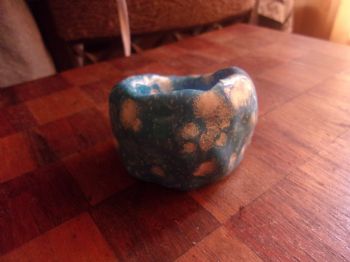 We used a sky-blue glaze with white crystals. I'll be delivering them to my students on Monday.
Then Saturday my creativity was centered more in the kitchen. At school the kids often get served apples. But they don't always eat them. We have a fridge in my classroom, so what isn't eaten gets put therein. Sometimes the apples get kinda bruised and lose their crispness. So occasionally I'll take a bag of the less-than-perfect apples home. Then yesterday I peeled, cored, and cut up those apples and made apple pie. I had some already prepped apples in the freezer from another time, and made THOSE into a pie as well - one for me, one for my friend Becky with whom I ride to work (since she doesn't accept gas money.) 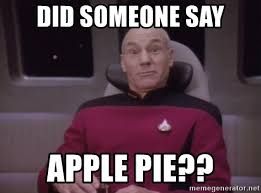 I also have been using Saturdays as my meal prep days, where I'll cook something up to freeze into portions for lunches and dinners. I still have some spaghetti with meat sauce, and chicken-veggy stirfry with rice, and pot roast. Yesterday I added to that Shepherds' Pie, making cheesey-garlicky whipped potatoes from SCRATCH! I may not have cooked much while my daughter lived with me, but I haven't lost my touch! 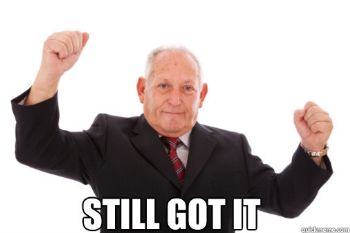 I set a portion aside for her, froze 2 for me, and the 4th I'll have for supper tonight! 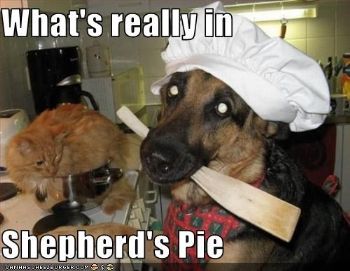 THEN, as if THAT wasn't enough, I started making Taverns - that was my mom and maternal grandma's name for Sloppy Joes. 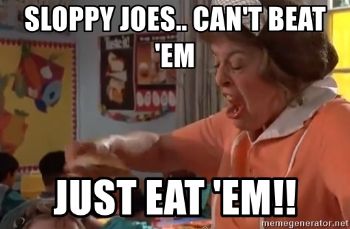 Well, I had just browned the beef with the peppers and onions when my friends arrived with a table and chairs: Carol's ex had bought them ages ago, and they'd been in her garage, and she hadn't been able to sell them. So she was giving them to me, with the muscular help of a former coworker of hers. I had put away the folding table I'd been using - mind you, that meant I was working at the little kitchen table all morning with all my peeling and cutting! We got it all set up. I had to clean the dust from the glass table-top (Vikki said they'd already cleaned off the mouse poops!) 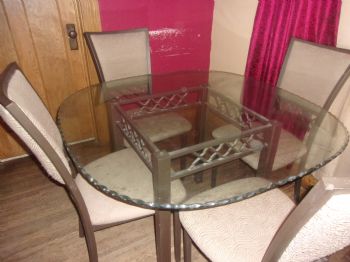 Then I topped it with my pretty Shipibo tablecloth. 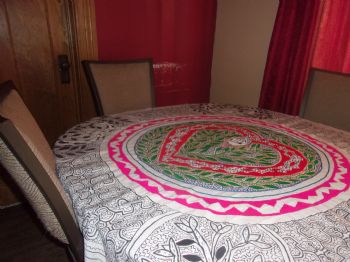 After that, Carol suggested we all go to lunch. Well, it's not a pay week - so Vikki, having more income than I, said she'd get me, while Carol treated our muscle-man, and we went to a local diner. I had a tuna melt! 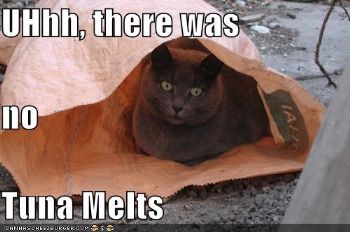 Vikki dropped me back home where I finished making the Tavern stuff, which I had for supper. Then, wanting to do something ARTSY in the creativity department, even if just a little bit, I brought out my tray of greenware and underglazed the ferrets, plus the yellow beaks and eyes on the 3 settin' hens. I do them in different colors. This is a speckled hen from years past. They can be removed to reveal a clutch of 3 eggs on the nest. 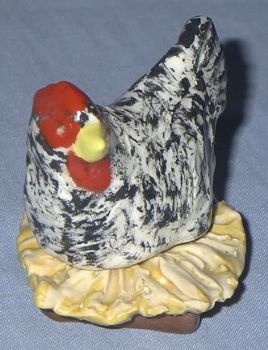 I was at it for about 50 minutes...ALMOST an hour. So I felt I had done my artsy duty. 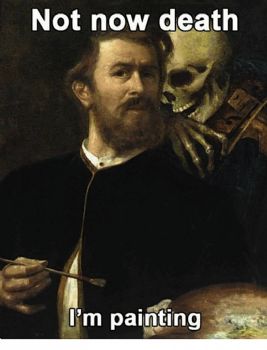