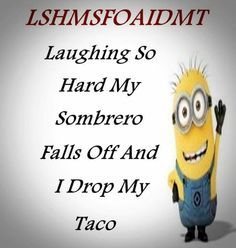 National Taco Day
Today is a day for tacos! There is some evidence that tacos with small fish were eaten in the Valley of Mexico before Spaniards arrived to the continent. In the 18th century Mexican silver miners used "plugs" or "wads"—paper wrappers with gunpowder fillings—to extract ore, and these were also called tacos. Tacos likely got their modern name because they resembled the explosives. Tacos usually consist of a protein such as beef, chicken, pork, or fish, wrapped in a hard or soft shell made of corn or flour. Toppings may include tomatoes, onion, lettuce, cheese, refried beans, cilantro, salsa, sour cream, or guacamole.

Whereas most traditional tacos have corn tortillas with a soft pliable shell, in the United States the hard-shelled U-shaped taco has been the most popular, and was first described in a cookbook in 1949. Wheat flour soft-shell tacos are also popular in the United States. In 1962 Taco Bell opened in California and helped fuel the rise in popularity of tacos in the United States, and there are now about 5,800 locations. Other popular types of tacos are breakfast tacos—which are soft corn or flour tortilla tacos with meat, eggs, and cheese—and Indian tacos, also known as Navajo tacos, which use frybread instead of tortillas and are commonly eaten by indigenous people in the United States and Canada.

Celebrate taco day by going to a Mexican restaurant and eating tacos; many restaurants have deals today, so keep your eyes peeled for that. Since there are so many ways that tacos can be made, it's also a lot of fun to make them on your own. Build your own taco or try some recipes.

Did You Know ~
1) Unless food is mixed with saliva you can't taste it.
2) Your mouth produces 1 liter of saliva a day.
Share This Post With Others
Report Inappropriate Blog
Member Comments About This Blog Post