Another lovely day here on Stonebound Acres..just cloudy enough to be cool to start the day.
I love the morning mountians, they are purple in the early light with the heavy clouds still at the base of the hills. I always said they are not awake yet cause they still have their blankets tucked in. I was thinking that there might be snow on top of Baldy..but nope not yet. Pikes Peak did get some snow but it pretty much blew off , temps staying in the 30's up there though.
Folks that do drive up the mtn are often not prepared for the extreme temperature change,from 70's in the valley to the mid 30's up top!
I worked on the larger dog yard today as I found a spot where the pups could get under the house ..not good! So got that fixed and now am wondering if I trapped my old gold feral cat or one of the babies under there. The other kittens keep checking the area out. In the AM I will have to pull away the sheet of tin I put up and make sure nothing is stuck under there. It might be they are just used to getting in there at night.. I hope so. One night won't do anyone any harm..but I do not want to trap them there for sure. It is so hard to count the young kittens as the least movement or noise sends them scurrying into the carport or under the storage shed.
Got in extra steps today going out to help my Brother in Law load up some items he needs . There was one large frame for a homemade trailer..his wench on his truck broke as he was loading it, so ended up pulling that heavy thing up with a come along and lots of muscle power! I bet he is hurting tonite! Good guy..brought me a pick up load of wood. Nice!!
Then over to Gene and Tammy's to watch the Bronco's game. They barely pulled it out..but they did ! Thas what matters..now to keep it going!!

So that wrapped up my day..other lil stuff ..like Molly going crazy in the back yard..looked like a grayhound after a rabbit. Then would stop...face in an almost laughing pose and tongue hanging out to the ground, eyes dancing and every muscle twitching with happy!
I spent some time grooming Skinner, he is part Mexican donkey and they have a much heavier coat than some do. His midline looked like mattress stuffing! Seriously it was some where between Wow he needs brushed or yikes doesn't that hurt him! So I started finger brushing and the coat was loose enough to just fall off in clumps. Tomorrow after I get my swamp cooler repaired ..I will curry and smooth brush his coat so it will be ready for winter.
He is such a baby..he will go to sleep while you are brushing him. He starts swaying from side to side then will jerk back ..like kids do. He looks around as if hoping NO OnE saw that right?? I did laugh this AM when I went out with his carrots and apple, Gala apple no less, he refuses to eat any other! I am standing there getting apple out for him. He looked at it then looked at me as if saying ..no you first.So I took my tiny lil bite then he reached over to get his share , same with the carrots. I have to take the first bite..am I his poison tester? Hmm I washed it...I cut it...I delivered it...nope not worried right now.
New challenge coming up for the Dawggies. Have a plan in place and stick to it! It takes a while for a plan for exercising, or eating actually falls into place appropriately
Excited and making my promise to me ...to plan my meals and to stick to the plan. Increase my weights for ST...and get in better shape so I can enjoy life more!
whoops just dozed off..guess that 4:30 AM get up call just got me! Nite ya'al..have a good week!! 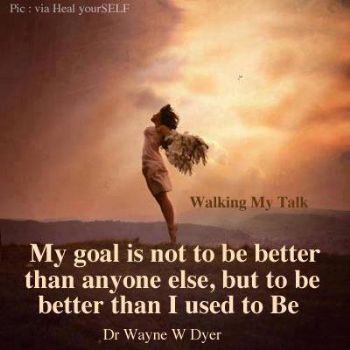