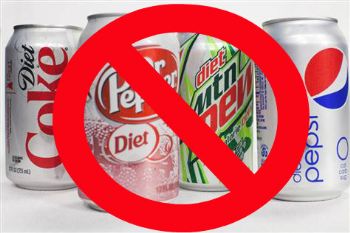 This has been like the fortnight of milestones! Passing 1000 days sparking, hitting 90 lbs gone, and now 1 year no pop (or soda or Coke, depending on where you're from)!

Full truth: I have a Diet Coke addiction. Even a year out, I have to say that I'm still an addict. It'll be a super hot day or just randomly, I'll be getting ready to sit down to eat and I'll think, "A diet Coke would be really good right now." The cooler at the checkout lane is another big temptation. I swear the Coke Zeros just scream at me. "You want me. You want me!"

I don't think I ever understood addiction until I gave up my Diet Coke/Coke Zero. I used to drink up to four 20-oz bottles a day. And why not? No calories, right?

Oh my gosh. You don't have to tell me how bad it is for you. I know. Didn't stop me from drinking it, though. Now that I have, I drink water and coffee and occasionally iced tea. And maybe, every few months, an alcoholic drink. Mostly, it's water water water water water. I actually love water now. I used to hate it. Why drink water when I could have a Diet Coke? Have you seen the movie Idiocracy where they're giving plants a Gatorade-like substance instead of water? That was kinda like me--giving myself a soft drink instead of healthier water. 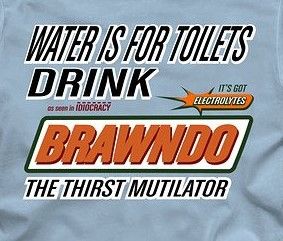 I know, I know... sodium, chemicals, etc... According to Wed MD, diet soft drinks don't necessarily cause weight gain. Most articles that say so are citing a very small study not the large group of studies needed for conclusive evidence. But chemicals, people... Nuff said. That aside, I'm not going to cite the bazillion reasons health experts say not to drink the stuff. I'm not a health expert. But I can speak to my own experience, what's happened with me...

For me, diet soft drinks:
-- Are somewhat mood altering. They swing me high and low (kinda like other addictions would).
-- Give me awful headaches. I've suffered from migraines for years, often getting them several times a week. This past year, I've had three. Like three. The whole year.
-- Affect my continence. Yeah, that's embarrassing. The thing is, I found that the more I drank it, the more likely I was to leak because that little sphincter wouldn't hold closed until I was in the bathroom. (OMG I can't believe I just wrote that. But it's completely true.)
-- I crave a lot less sugar. Shocking but true. I don't know why, but I'll go with it.

I think those four things are really good reasons to give up the stuff for good. A year later, I feel so much better. And I know it's healthier not to drink diet soft drinks. For me, anyway. Those are my reasons.