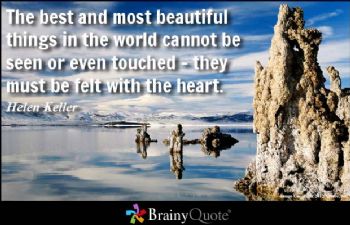 "The best and most beautiful things in the world cannot be seen or even touched--they must be felt with the heart." Helen Keller 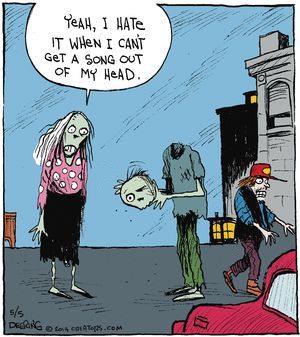 The psychiatrist was not expecting the distraught stranger who staggered into his office and slumped into a chair.

“You’ve got to help me. I’m losing my memory, Doctor,” he sobbed.

“I once had a successful business, a wife, home and family; I was a respected member of the community. But all that’s gone now. Since my memory began failing, I’ve lost the business – I couldn’t remember my clients’ names. My wife and children have left me, too; and why shouldn’t they – some nights I wouldn’t get home until four or five in the morning. I’d forget where I lived… And it’s getting worse. Doctor, it’s getting worse!”

“This is not an unusual form of neurosis,” the psychiatrist said soothingly. “Now tell me, just how long ago did you first become aware of this condition?”

“Condition?” The man sat up in his chair. “What condition?”

It's Beach Day! A reminder to not only have a good time but to also keep it clean for the sake of the animals on the beach and in the water. Pick up your trash! It's also Frankenstein Day (Mary Shelley (nee Goodwin) was born in 1797 and published "Frankenstein" in 1818; the book was written on a dare by Lord Byron), Toasted Marshmallow Day (critical part of s'mores), Slinky Day (that old-style toy still fascinates), Holistic Pet Day (a reminder that our pets need mental stimulation in addition to healthy physical care), Whale Shark Day (a reminder to be mindful of how our habits impact the health of their habitat, the ocean; related to beach day), Grief Awareness Day (to raise awareness of the myriad forms of grief and how we can help each other), and Cabernet Sauvignon Day. Thurgood Marshall, the first African-American on the Supreme Court, was confirmed in 1967. The Isle of Wright fest in 1970 topped Woodstock with over 600,000 attendees. It's Commemoration Day for the Fatalities in Pre-Deportation Detention; observed in Germany, started by human rights groups to remember those who died in detention due to sub-par conditions. It's also Day of the Disappeared and Day of Victims of Enforced Disappearances; observed worldwide; impetus is the secret imprisonments and forced disappearances in the Latin-American countries and the UN concern of how these disappearances are used as a strategy to spread terror.