God is Awesome: Kurtis (with pics)

This is an entry I wrote for my God is Awesome journal, but I also wanted to share it here. Since I can't sleep, I figure now is as good a time as any to type it into a blog.

My older brother, Kurtis, passed away on May 7th, 2018 at the age of 33. On earth, Kurtis was limited in his physical abilities. He was born with Spina Bifida and had to use a wheelchair all his life, but that never stopped him from doing amazing things. He rode a hand-pedaled bike, played wheelchair sports, ran his own volunteering business, used a jack-hammer on Grandpa's driveway, and loved working on cars with Dad and Grandpa. When he was young, he was a thrill-seeker. he rode all the crazy rides at Lagoon (our local amusement park), including the Sky Coaster, an insane ride that hoists you high in the air then releases you to fly/swing overhead! He did this more than once, and it terrified me every time! He wanted to drive a race car so he contacted Rocky Mountain Raceways to see if anyone made race cars with hand controls. He didn't get to drive a race car, but one of the drivers took him for a ride, going over 200MPH!

Kurtis loved his life up to the very end despite all the challenges he faced. Since he was unable to grow taller, his organs ran out of room. His heart was enlarged and his lungs compromised from being smashed by his other organs. He was on oxygen his entire adult life. It started as only at night, but for the last three years of his life, he was on oxygen 24/7 and on a ventilator at night. Towards the end, his CO2 levels began to rise since his lungs couldn't release it as they should have. I don't want to focus on his death so I'm not going to describe it here. In fact, I only mention his struggles to explain why I'm at peace with his death. I thank God for the hope of heaven. I know that Kurtis is there running around and breathing heavenly air without any struggle.

I wonder if heaven has race cars. If it does, I can guarantee Kurtis is driving one! I thank God for every one of the thirty-two years I was able to spend with him here and I can't wait to spend an eternity with him there.

Another God is Awesome thing: Kurtis' last week on this earth was spent enjoying a staycation with me. 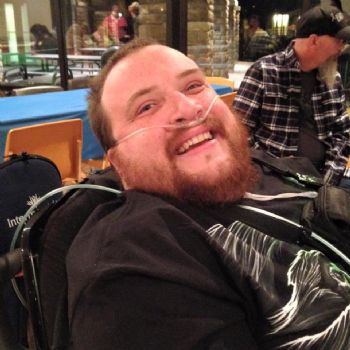 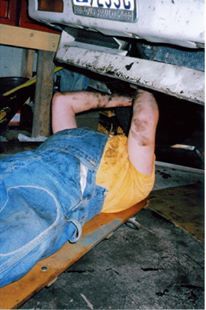 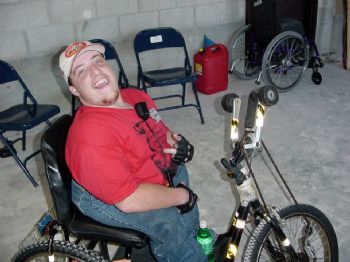