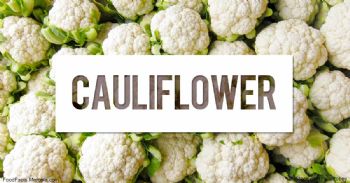 I am a diabetic, type 2. I was diagnosed in September of 1999 at which point I was put on Metformin (Glucophage), an oral medication. I don't seem to have any side effects. But I did not do much about myself. I tested several different diets--some wacky, some good, but I never stuck with anything for long. I was also living under enormous stress and tension--being a caregiver, working, and having precisely no free time for myself. My life was cluttered and chaotic and I seemed to be the only sane one living amidst stroke victims who were demanding, capricious, and draining. Was I sane? No, I was fuelled by potato chips and Ben and Jerry's, but I did my job(s).

In very late 2006--November or early December--I was put on injectable insulin--of three kinds. One, Levemir, now Tresiba, was a basal insulin. Long-lasting, it tried to keep insulin levels stable throughout the day. One, Symlin, is taken before a meal that consists of at least 300 calories. Finally, I was put on an quick-acting insulin which I inject right before a meal based on how many carbohydrates are in the meal. No carbs? No quick-acting insulin. A spaghetti dinner or rice? Beaucoup de insulin.

So I drowsed my way though a decade of this. I joined Spark People evidently in March of 2008. But then I forgot all about it and was amazed to find I had an account when I joined Spark People in late 2011. Since then I've been at various points of compliance here. An illness or death in the family can get me off-course.

My fast acting insulin was becoming less effective--or my pancreas had totally died. The 10 units I took for a risotto in 2010 had become almost 75 units in 2017.

Hemoglobin A1C is a useful measure to calculate how much glucose is in your blood over an average of the past three months. At one point, my Hemoglobin A1C had risen to slightly above 10. That's a terrible number. You ideally want it to be anywhere between 4.0 and 6.0.
I was "handling" my diabetes by giving myself more and more insulin.

I have two books by Dr. Michael Mosley. The first, "The 8-Week Blood Sugar Diet" is a program of 800 calories of food every day for 8 weeks.

I did the 800 calories on Saturday, March 17. I was just under 800 calories when I went to bed and I felt pretty good.

Then yesterday, March 18, I tried another book by him: "The Fast Diet" which essentially advocates taking two days (non-consecutive) from the week and eating no more than 500 calories and eating as you wish (but prudently if you can) on the other five days of the week.

I sailed through the day with a few hunger pangs and had amassed about 472 calories shortly before bed time. And then I crashed! My blood sugar was very low. I had not taken any fast-acting insulin at all that day because I had limited carbs, but the crash felt terrible. All I could do was go to the kitchen and drink some of my emergency cola. But the time I had some of that (about 3 ounces) I probably had ended up consuming about 510 calories for the day.

I woke up with a headache, which is not uncommon after a "fasting" day.

Conclusions? I am afraid of the restrictions of eating only 800 calories a day for 8 weeks. I can go for it and try, however.

I might be able to have a 5:2 fasting program if I decrease my basal insulin on the two fasting days.

Going low calorie takes discipline and it also takes the knowledge that it's an artificial state; when you stop you are likely to gain back the weight--or at least some of it. Learning to pause and enjoy the tastes of various vegetables is a worthy art to acquire.
Share This Post With Others
Report Inappropriate Blog
Member Comments About This Blog Post