So I know my Sparkversary is this month. 9 Years! What's happened?

My weight: Unfortunate and Fortunate. I'm the same weight that I was 9 years ago. In 2010, I lost 55 pounds, became pregnant. After having my son. I started having issues with Vitamin Deficiency. I ate sugar to replace energy and I gained 60 pounds in 8 months. I was actually at my highest in 2014 at 286 but I have since lost to 250 again.

My family has struggled with money but things are finally improving but slowly.

I still want to lose weight but my options are limited due to digestion issues.

I had a beautiful baby boy and now he's 6! Not as little anymore.

I've seen a lot of people here come and go. Social media has changed a lot since 2009!

I think I have 300 friends on here but only a couple of them are actually active.

This is one of the first social media sites that I used. I started with Facebook and Sparkpeople.

I got married and I'm still happily married. Married since October 2009.

I haven't had a full-time job since 2010! That's crazy to think about.

My sister moved in with me this year and its been really nice and she's happier.

My family makes me happy. I love them very much! 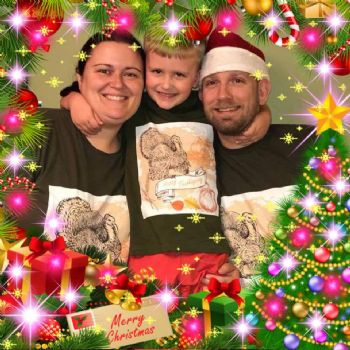