Much to be Thankful For

I am feeling very blessed this thanksgiving. My DH was needing rotator cuff surgery and in order to be cleared for that surgery, he had to see his primary dr who sent him to see his cardiologist. Well, it had been nearly 3 years since his last stress test so that was ordered before he would be approved. He failed!! Of course he was then scheduled for a heart cath and truthfully we weren't expecting it to show much. Shocker, his widow maker was more than 90% blocked so he received a stent and spent a night in the hospital. Of course that meant he had to start taking a blood thinner-standard procedure for a year after receiving a stent. We were feeling like he dodged a bullet although he cannot have the surgery for at least a year.

Well, he has been in the hospital 6 times since May when he received the stent. He has unexplained GI bleeds-the drs have tried 3 different blood thinners and now he is only on a full strength aspirin and praying that will keep him safe since anything stronger promotes heavy bleeding. I am thankful that the blockage was discovered before he suffered a heart attack as the dr told me he didn't think he would have survived it. I am thankful he needed the shoulder surgery so this was discovered. I am thankful that the aspirin therapy has been working and pray it will till we get thru another 6 months.

On Nov 1, my son was involved in a horrendous accident. He is a mechanic and travels all over the west coast servicing logging equipment. He was leaving a job at the end of the day and the logging road washed out beneath his truck and he was sent 150 feet down the mountainside where his truck landed in a river. We are not sure if he was thrown out or crawled out but was found laying on a bed of sticks at the river's edge. Luckily his district manager was ahead of him and a logging truck was behind him so he was discovered immediately. One had to go down the mountain another 7 miles to call for help since there was no cell service and the other climbed down and stayed with him. It took the first responders over 2 hours to bring him up the mountain and he had to be life flighted to Vancouver to a trauma center. Getting that call at midnight is a mother's worst nightmare.
He is home now and fighting to recover. He is father to 7 and I am so thankful he is still with us this year. I was torn wanting to fly all the way across the country to be with him but DH was not doing well and before my son got out of the hospital, I had DH in the hospital for another 4 days. During this same period, DH's oldest grandson was involved in a multi-vehicle accident and suffered a concussion but is doing good now. Kids didn't tell us till DH got out of the hospital as they didn't want us to worry anymore than we already were. Also, DH's son had surgery to remove a tumor from his salivary glad-luckily it was non-cancerous. 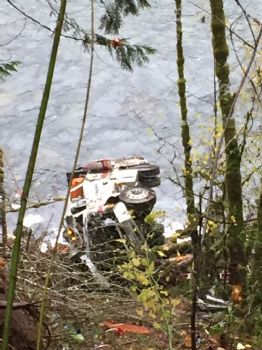 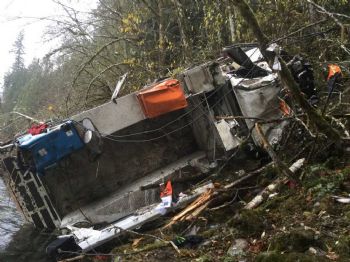 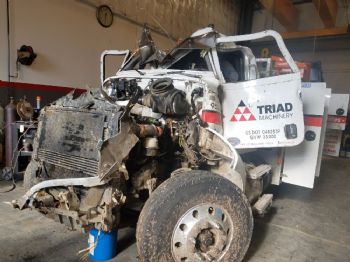 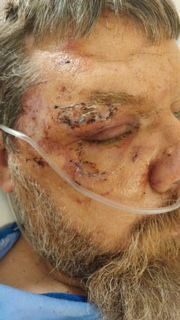 My son's face was shattered on the one side, his spleen and pancreas were severely lacerated. His ribs were nearly all broken, small bones in his lower back also broken, many multiple lacerations over his body. His one leg is swollen twice it's normal size and he is wearing compression hose for that and is waiting to see a specialist. 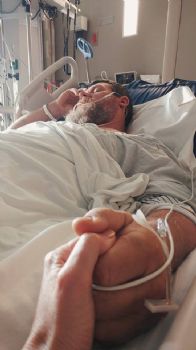 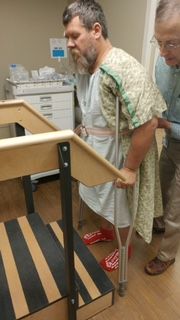 His friends and co-workers are calling him Iron Man!

He is walking with a walker, crutches and sometimes just a cane. The biggest issue was getting the help he needed to get specialists as this is a Workmen's Comp case and they do nothing in a hurry!! He has good days and bad days but we are hopeful he will make a complete recovery in time.

Yes, I have much to be thankful for this year.