In less than 10 hours, it will be a full month gone by without you.

My mind still has not fully accepted that. On one hand I am used to having a few days, sometimes weeks go by without texting or messaging with you... other times we messaged daily. A number of times in the last month I've gone to send you a text or write a facebook message to you about something only to stop short and have it hit me that I can send the message, like this one, but you won't answer it the same way anymore.

I chose the two pics below because you are the one who turned me into a Browncoat. I know you would appreciate both selections. All of us that were blessed to know you will carry you with us for the rest of our lives. That's shiny and all, but things are not the same without you. And being without you, well, it must be what going mad feels like.

I'm going to be going for a couple of tattoos tomorrow because the $13 special I can actually afford; one will be my wedding "ring" so something is finally back on my finger, the second one was something I picked out months ago but now, because you have soared away, I've added something else to it in your memory. Maybe another Browncoat would understand the subtlety of it, but most people won't even know what it is. That's how I want it. It means something to me.

There are so many words I want to say, but as I sit here trying to type them, they all fail me. Words, no matter how eloquent, will not bring you back to us. They will, hopefully, help heal. Whether just myself by "talking" to you, or possibly someone else who loves & misses you because they'll know they are not alone in what we are all going through in hundreds of ways... none of us will mourn you the same, but we will all miss you with a fierceness that will sometimes even surprise ourselves.

Amanda invited me to go out with her last night to Hollywood Boulevard Theatre, I know you've been there, I still haven't. It was to see a special one night showing of "The Craft". Knowing you would have gotten a kick out of it, I nearly messaged you saying "GNO??" Yeah. I'd like to go see "The Princess Bride" this coming Sunday, but I'm not sure I'll make that yet. I think the boys would get a kick out of seeing that one on the big screen. Between you, Amanda & I that would have made for another fun GNO.

Okay, enough rambling for now. I should try to get some sleep. I miss you sis. 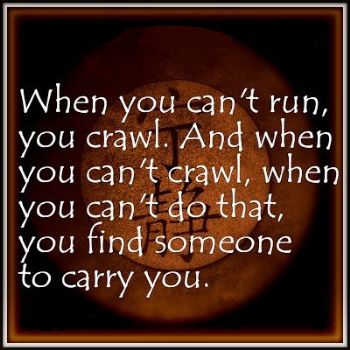 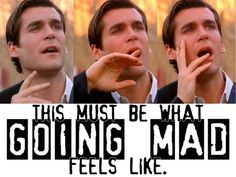