I'm back from a great holiday in Llandudno (north Wales) I did loads of walking - but ate loads of lovely food too.
The day we arrived we discovered that some people were giving free train rides so we went along for a ride. (This is the train without me on it as I took the photo!) 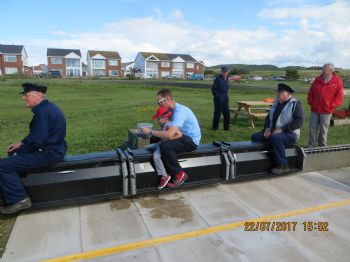 There were two little trains - a diesel and a steam engine. I went on the steam train. 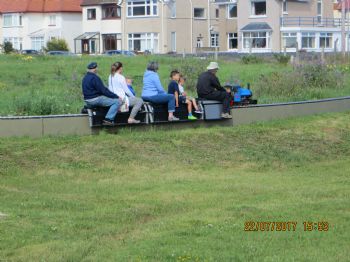 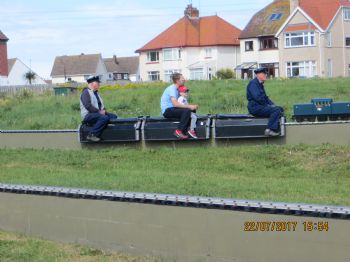 Llandudno is a seaside town with two beaches. The Great Orme is a rock face that juts out to sea so it has the North shore and the West shore. 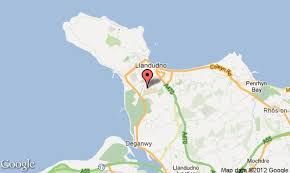 It takes about 15 to 20 minutes to walk from one shore to the other through the town. Or there is this lovely walk that takes a little longer and has wonderful views. 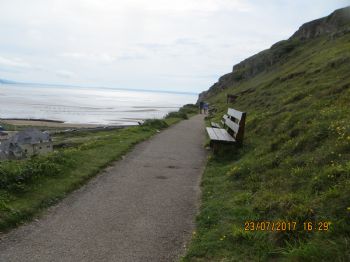 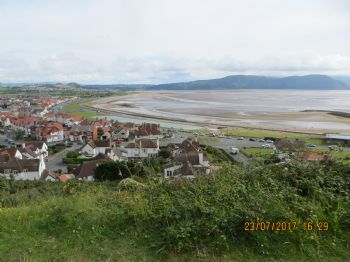 Or there is the road that goes right round the Great Orme - a gruelling 5 miles, with a café half way round. The café is aptly named 'Rest and be thankful' 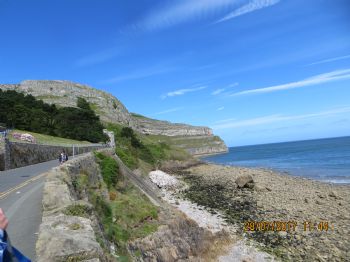 I love Wales. There are so many beautiful places. 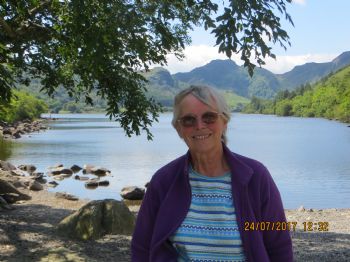 Here's me by a lake at Crafnant. I forgot to take my sunglasses off - again!

After we'd been there we went to an 11th Century Church - still used occasionally. 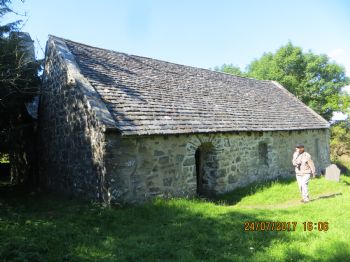 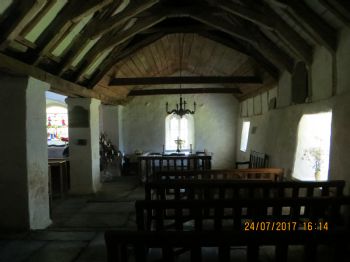 Another day we went over to Anglesey, which is part of Wales. It's an island, but there are two road bridges joining it to the mainland. The part we went walking in has this interesting rock formation where the sea has worn part of it away. 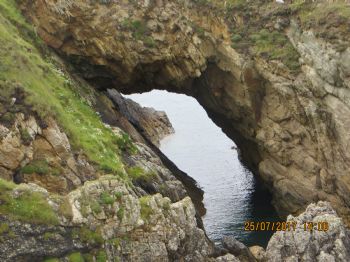 We did lots of walking and then on Thursday, when it was raining, we went to an exhibition in one of the Churches in Llandudno.

But I'll leave you on tenterhooks for that one!! Maybe I'll show you tomorrow.