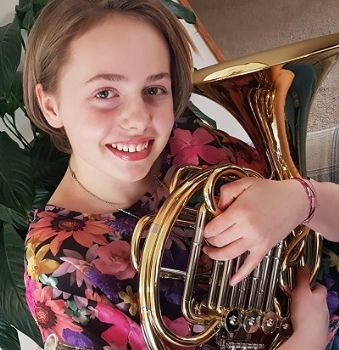 The love of my life (The Divine Miss O), with the love of her life... her French Horn... she plays with the local youth orchestra... the youngest by several years.

I am SO in love with my Divine Miss O at this stage of the game (she turned 13 July 1st). While last summer was a bit of a minefield (her emotions were all over the place, and she was furiously resisting the imminent move from care-free childhood toward responsibility and expectation), this summer she is a JOY. She's FUNNY, brash, child-like but not childish, confident, sassy (in a good way), sweet, bold, SMART, wise, curious, dependable, adventurous, cautious, loquacious, irrepressible, responsible, irreverent, pithy, tender, creative, STRONG, intrepid, faith-FULL... every day revels some new facet of the jewel that she is.

Every single day she gets up, tidies up her room, makes herself presentable (last summer I had to force her into the bathtub every single day), makes her own breakfast, offers to help with whatever I'm doing, makes plans with friends and returns on time... I've had very few occasions to take her to task for anything. We're having a lot of fun spending time together, laughing, sharing what's in our hearts, and becoming really good friends. There is so much she wants to know, and share, and she initiates all sorts of interesting conversations. She treats her father and I, her friends, and complete strangers with the utmost respect, and she carries herself with modesty and dignity in all circumstances (even in the face of disappointments and anger... no more bludgeoning us with her emotions). 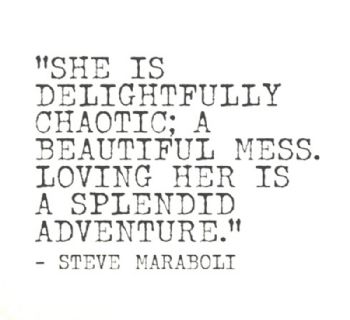 The problem that has been driving me to distraction all year long is my daughter's seeming inability to reflect upon, and own, her own choices in situations where/when her choices have back-fired on her for some reason. No matter what the question, or how gently asked, her answer is always, "I don't know..." and all conversation ceases... because there is nowhere to go with it.

...and maybe it doesn't seem like much in the context of all the good stacked up against it... yet it is so insidious, because if "I don't know" continues to be the armor she wears against any and all self-reflection, it will eventually erode all of the good... and worst of all, it prevents us from being solidly "on her side"... the only place I want to be.

So, yesterday it came to a head for me. Just 24 short hours later I don't even remember what the instigating issue was, but the only response she would offer in the face of our attempts to create understanding and resolution is, "I don't know."

I have no clue what came over me, but instead of pushing the issue and exacerbating the conflict (frankly I was too irritated to continue a civil conversation, and I was tired of being held emotionally hostage by three little words... if time was going to be wasted, it would be her own), I assigned her an essay question due on Tuesday morning (at least 1000 words): “What is the merit (if any) in the phrase “I don’t know” as it applies to your life circumstances?”

She was not expecting that... and she was visibly upset... but she handled herself well (no drama). And then, before I could stop myself (my heart aching at the look on her face... still desperately wanting to be on her side), I boldly stated that her Dad and I both had to write an essay, too, from our own perspective... and the whole dynamic changed.

The wall came tumbling down, and she was curious... and a little excited, I think (she even moved physically closer and her body language opened up)... which is what I wanted to see. I can work with anything... except a wall of silence. And I feel hopeful that we may have inadvertently stumbled upon a way to break down this particular wall once, and for all.

So, I'm going to put our essays here (starting with my own tonight... the other two aren't done yet)... in my blog... along with all of the other light bulb moments of the last 8 years, LOL.

Read as you will, or not... clearly this has nothing to do with our journey here... but perhaps this glimpse into our little corner of the world will be helpful to you, in yours. 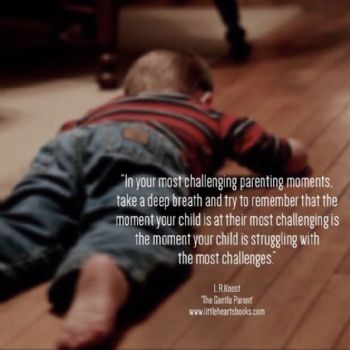 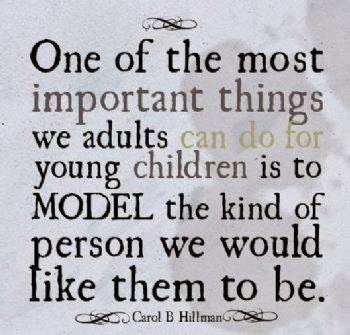 A seemingly harmless phrase, yet one to which I currently take extreme offense because my daughter employs it on a regular basis, when faced with any conversation she would prefer to avoid… in particular, any conversation where she seems to feel trapped and defensive… from my perspective: being held accountable for her current choices.

When I ask The Divine Miss O a question under these circumstances, instead of considering the query before her, and formulating a response that would indicate she’s engaged in the conversation; she instead utters three disengaging, oppositional, wall-creating, disheartening words: “I don’t know.”

When The Divine Miss O flatly states, “I don’t know,” I get a knot in my stomach. I’m trying so very hard to communicate with her, to understand where she is coming from… mostly so I can help, guide, or teach… even when I’m really angry… instead of screaming my own frustration at her… only to be met with the door of “I don’t know” slammed firmly SHUT.

The thing is, under different circumstances, I’d welcome hearing, “I don’t know.”

If used constructively, “I don’t know,” can’t be a ‘stand-alone’ phrase. It should be a beginning, a point of growth, and a springboard for understanding. It should the key that opens the door, bringing people into deeper conversation. “I don’t know” should never be a death knell to closeness and relationship… as it seems to become for The Divine Miss O, and I.

Socrates said, “The only true wisdom is in knowing that you know nothing.” If wisdom (according to Webster) is “the soundness of an action or decision with regard to the application of experience, knowledge, and good judgment,” and the beginning of wisdom is knowing nothing, then between “I don’t know” and “wisdom” there has to be something more than a closed door.

I’ve always known a lot… mostly because I’m an avid and curious learner… I strive for excellence. If something doesn’t work out in the way I expect it to, I need to know why, how, what. To simply accept, “I don’t know,” as a “period” to any situation, is unthinkable. I NEED to know. I can’t move forward without knowing… yet this too, became a closed door in my relationships over the years… because you can’t always KNOW, and have good relationships… because knowing what’s “right” doesn’t mean that you understand everything from all perspectives.

This is the current shift in my life… the knowledge that as much as I do truly know, I don’t know all there is to know, and being that I’m still an avid and curious learner, my focus for learning has shifted. I’m not as much interested in facts, as I am in perspectives. I have a deepening desire to see the world through the eyes and hearts of others… and the heart and eyes through which I most want to see, are my daughter’s. I want “I don’t know” to become the door to wisdom, for myself… and my daughter… rather than a door against sincere connection that it currently becomes.

So, as to the merit of the phrase “I don’t know,” as it pertains to the current circumstances of my life… well… there’s not much. It’s become a source of situational aggravation and it creates distance between myself and my daughter and, if we can’t find a way to make it something else, I fear it could become a wall.

Yet, if desire counts for anything, I want it to have great merit… for both of us, and our relationship. So, how do I make that happen?

I am currently pondering my part in putting “the door” into play, so that The Divine Miss O has it to slam shut with her, what I now believe might be a REFLEXIVE, “I don’t know.” The Divine Miss O is not, by nature, a “closed door” sort of person.

I’m going to be careful to not assume I know what is going on… in her head, or in her heart. Maybe, in the heat of any given moment, I ask questions thinking I already know the answer… KNOWING that she sees the situation as I do, and has just chosen to ignore what is obvious to me.

I’m also going to take more care in how I ask my questions. Perhaps how I currently ask implies there is a correct response or expectation, rather than inviting an expression of her thoughts, feelings, or perspective simply because I want to understand… and if she still “doesn’t know” I will say:
• “I understand you don’t know. What would you say if you did know?”
• “What part do you know for sure?”
• “If you did have an idea, what would it be?”
Apparently this sort of response opens mental doors closed by expectation, anxiety, or shame. It removes the pressure to “get it right”, and proffers an olive branch. (1)

One thing I know for sure, is that “I don’t know” is not going to remain a closed door between us. In my world, “I don’t know” will become all it is supposed to be… a window, open to improved communication, and a deeper sense of connection to each other and all we can be as mother and daughter. 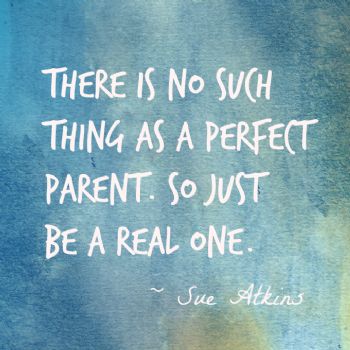 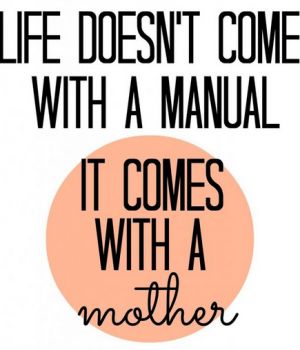 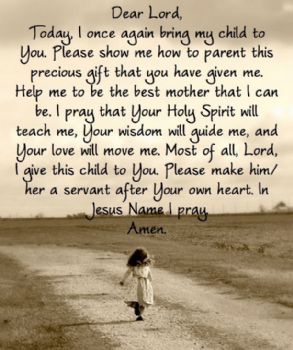 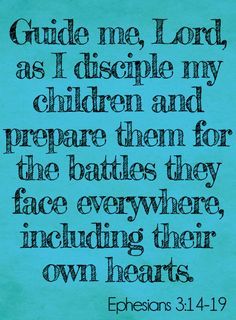 ...for my daughter and all of our children, and for us as parents, I pray.