Strong and Lean in 2017 - Adventures in Palenque

The plan for today was to be ready to leave at 8:00am and Christie, DH and myself would go see the Palenque Ruins. The rest of the group would stay behind at the hotel and enjoy a nice relaxing morning. Unfortunately the car was not ready as expected, so we decided to wait to leave until 10:00am... at 10:00am still not ready. We went ahead and took a taxi to the ruins which were only a few miles from the hotel. The cab fares are incredibly cheap and the cost for the three of us was 100 pesos, or approx $6. 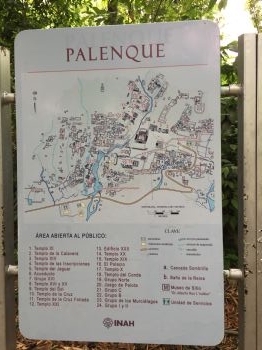 The ruins were the largest that we have seen so far. There is only about 10% of the City that has been excavated and you can see mounds of vegetation throughout the area where presumably there are other buildings. This was a HUGE Mayan community and it was a center of commerce and ancient life. 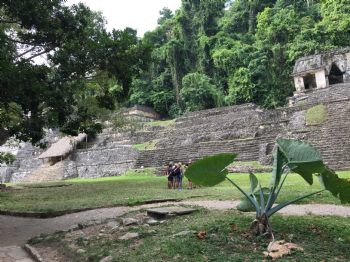 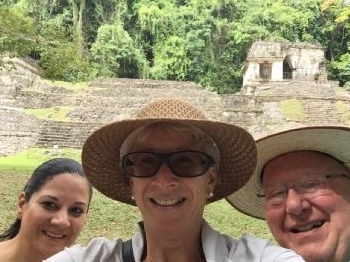 Again, we did a lot of walking and climbing and I continue to be amazed that there were only a few visitors. We have been to ruins in Italy and Turkey and they are swarming with people. These ruins are around 1500 years old. Christie did say that during the busy tourist season there are more people. I'm sure that the poor condition of the roads into the City have a lot to do with the lack of visitors. I wouldn't be surprised at all if sometime in the future as access is improved that people start to come here in droves.

One of the fun things about Palenque is we are in the jungle and there are a lot of monkeys in the trees. The monkeys aren't real big; but boy do they roar. They sound like lions! Here is a link to a video so you can hear the sound effects.

We returned to the hotel to find that the still car wasn't ready and now the expectation is that it will be ready by 2:00pm. We had a leisurely lunch and relaxed. It is Mexico... you can't get stressed out over things like this. As the afternoon drew on and the car still wasn't ready it became apparent that we would need to make alternate arrangements if we wanted to get to our next destination where we were spending the night. Ray made arrangements to rent a Van that would accommodate the seven of us and our luggage... and when the rental arrived at the hotel there was also a driver! Ra The trip took about 3 hours and each mile took us further into the Lacandon Rain Forest.

We arrived after dark and stayed the night in a cabin at the Escudo Jaguar Center which was quite an experience. The accommodations were very primitive (no hot water and no air conditioning, thatched roof) You could hear monkeys quite close roaring in the trees and the sounds were just incredible. 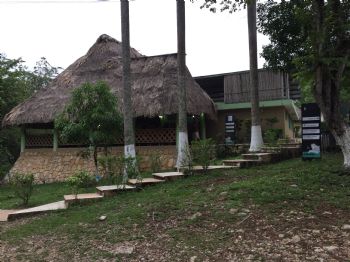