Strong and Lean in 2017 - Adventures in Chamula 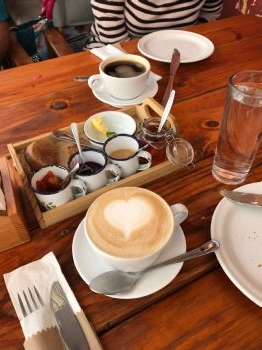 Today after a lovely breakfast downtown, we visited Chamula, a city near San Cristobal in Chiapas where virtually 100% of the residents are indigenous and speak an indigenous language. There are 13 different indigenous tribes in Chiapas and the people of Chamula are just one. Photos are not allowed anywhere... particularly in the Church (they will throw you out of town) but I did find a few pictures posted on Google so I will use one of those. 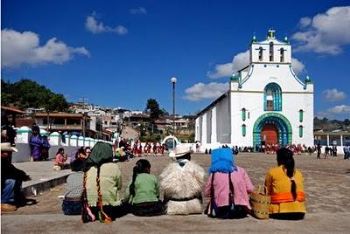 Christie mentioned that this City has followed the same traditions and culture for hundreds of years. When we arrived in town, there was a large gathering of townspeople outside the Church all chanting and dressed in traditional clothing. We went inside the church where there were hundreds of candles burning, incense burners, and the floor was covered with pine boughs. These boughs are changed daily. With all the candles burning; it seemed like a fire hazard. There were different colored candles which were requests to the saints for different things. Black candles are even a request for death to someone! Witches and Medicine Men diagnose illnesses and other problems and then prescribe remedies and sacrifices. We saw several ceremonies being performed as we walked through the Church and even one chicken being used as a live sacrifice. Other sacrifices included alcohol and Coca Cola! A totally fascinating experience with a culture dating back to the Mayans.

Lucy, the house-girl who lives with Ray and Christie is from Chamula. She has a baby (Gael - maybe a year old) that she carries all day in a sling on her back. Lucy came to live with them after her family threw her out of the house for having a child out of wedlock. Lucy didn't speak any English, but it was sure nice having her around. Everyday, she brought us coffee in the morning and made our bed. She does other household chores and helps watch Andres (Christie's 11 year old boy) when needed.

After leaving the City (which was in the Mountains close to San Cristobal) we went to a new museum, the Museo Jtatik Samuel that had exhibits showing the various indigenous people of Chiapas and their traditional clothing. They also had exhibits from when now Pope Francis visited in Chiapas. The museum isn't large, but is in a beautiful park like setting. 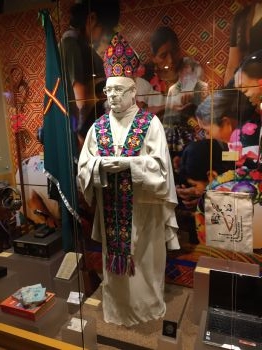 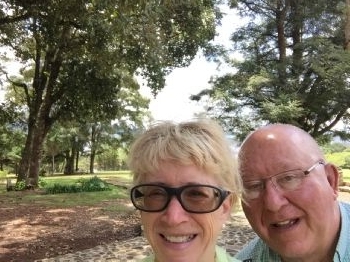 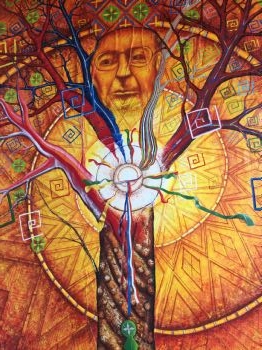 Many of the indigenous women wear skirts made of black sheep wool and men wear shirts made of white wool. We often see people wearing traditional clothing on the streets and in the markets.

Later in the afternoon we had dinner at a restaurant owned by Christie's Uncle. What an experience that was! The food was traditional Chiapas and delicious. We started with tortillas and beans (made on site); a special wine spiced with cloves, then for the main course steak, pork, sausage, potato all served in platters on the table. Again, the whole family and some friends were there. I got a video, but am unable to post in this blog. 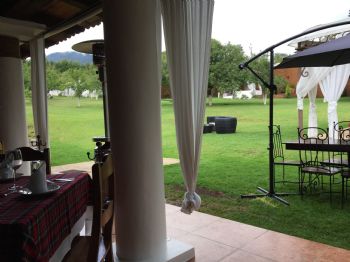 The hosts brought Jim and I a piece of Impossible Cake lit with a candle. It was delicious and similar to cheesecake or flan. .Again, this family continues to amaze.