Strong and Lean in 2017 - Adventures in Lagos de Colon

What to say about today... it was quiet and restful at the Campground at Logos de Colon. 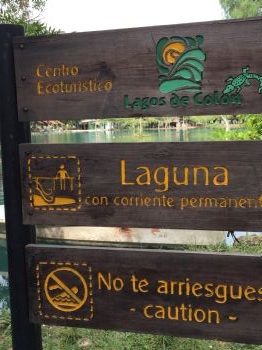 The plan for today was to go visit Mayan ruins which are very close to the campground and then go on a hike to a beautiful waterfall...however, I unfortunately am sick. I had some "digestive distress" starting after breakfast yesterday, however was okay the rest of the day until this morning when it hit me hard again. DH went to tell Christie and Ray I was sick and needed medicine and immediately they went to find some pepto bismol and pills for the painful cramps. There was no way I could leave the room at that point to go sightseeing. 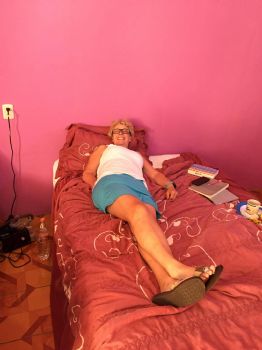 I just stayed in the room, ate some fruit (apples and bananas) and later some homemade chicken soup and rice, and by afternoon felt well enough to get up and go outside to eat a freshly harpooned fish with the others. Again, the fish was outstanding and enjoying the beautiful natural surroundings was a treat. 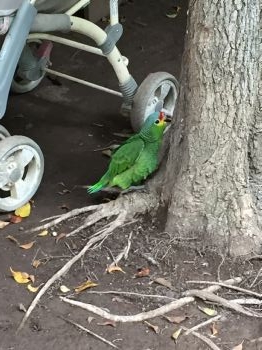 Later this afternoon we had neighbors move in to the place next door from us. The building has two units downstairs and two upstairs. It is actually more similar to a hotel room than a cabin. Jim spoke with one lady and found out they came from Guatemala and that she is an English teacher. Her English was very good and they carried on a conversation for some time. Her name is Connie and she said that her brother owns the building we are staying in. Christy and Ray were also introduced to Connie and they had not met her before even though they come to the campground often. Maybe they will meet up again in the future.

Both days we have been at the campground there has been a downpour in the afternoon. This is typical for the area and the primary reason that there are so many lakes and streams. The rain lasts about 15 or 20 minutes and then stops and that is it.

Going to get more rest and keeping fingers crossed I'll be well enough tomorrow to travel back to San Cristobal.