Monday is not just another day off from work. It's not meant to be hitting up the mall for the latest sales. Monday is to commerate those we have lost.

My Late Husband enlisted into the Navy in 2004. We were married & welcomed our daughter into the world in 2005. In the beginning days of 2006 we got to bring her home from NICU, after a long 7 weeks. November 2007, we welcomed him home after a 7 month deployment. Then in late January 2008, I lost him and my daughter due to a drunk driver. 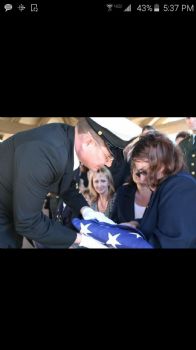