I'm in the fortunate position of having a free bus pass, which also allows me to use the trains and the tram in the West Midlands area. Well, some of the trains from my local station go to Whitlock's End. And last week I went with a friend to see what's there. We never did get to the village of Whitlock's End as we explored the other way first. We found a pub and, as it was open, we decided it was coffee time. (So glad we did - it was a hot day and we didn't find anywhere else to have a drink till we were ready to go home.)

Round the back of the pub we found a canal. 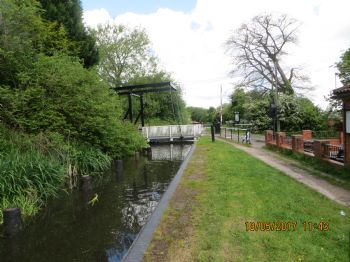 Can you see how low the road bridge is?
The people on the canal boats have to lift the bridge up so they can continue along the canal. (There is some mechanism for doing that - and they stop the traffic first as otherwise cars and people would fall into the canal.

We had a lovely walk along the canal 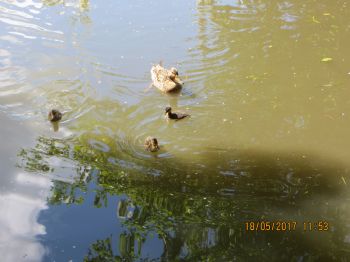 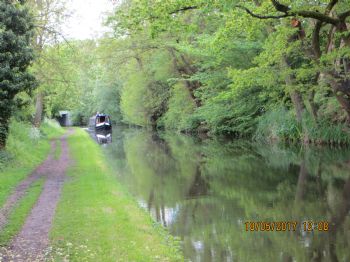 and then found a village with a lot of new flats and houses. 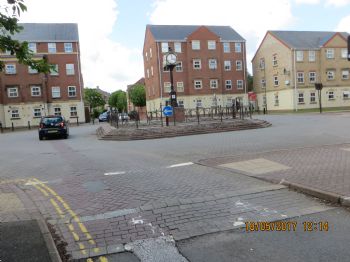 Going home wasn't so easy. We automatically went to the platform the opposite side from where we had got off the train - and sat and watched our train leave! Some trains from Stratford upon Avon go through the station and we were on the right platform for those, but as Whitlock's End is the terminus for some of the trains, it should have been obvious to us that they would leave from the same platform where they dropped us off.

Anyway, we had no idea what to expect at Whitlock's End - and it surpassed our expectations. We have to go back there again as we still haven't explored Whitlock's End village.
Share This Post With Others
Report Inappropriate Blog
Member Comments About This Blog Post