Strong and Lean in 2017 - Adventures in San Cristobal

Today has been a big day of surprises for sure. We are traveling to San Cristobal, Chiapas Mexico to see and stay with a foreign exchange student Christie, (and her husband, Ray) we hosted for 3 months over 20 years ago. She is now grown with a family of her own and we reconnected a few years ago via Facebook. She has wanted us to come and visit her and finally my DH said we are going to do it. I'm thinking okay... maybe a few days; however she insisted we needed at least 10 days. It is important to DH so I agreed... and hoped I would survive. 10 days as a houseguest sounds brutal... but let me back up a little however and tell you a bit about my travel day yesterday. Our travel plans were to start off in Portland, OR with an Alaska Airlines flight to San Francisco, CA; then a short layover with a flight on Aeromexico to Mexico City; then on to Tuxulla Guiertez, Chiapas, Mexico. We got to the airport in Portland to find out that our flight to San Francisco was canceled due to air traffic delays. It really made me happy that I didn't have to worry about checked luggage since we were doing carry on only.... however this snafu didn't bode well for what I hoped would be a smooth travel day. Somehow, Alaska Air produced a miracle and got us on a United flight to San Francisco with enough time to make our Mexico City connection. Whew! How they accomplished that is really commendable because when we boarded the United flight it was 100% full. We arrived in San Francisco and made our way to the International terminal. We didn't have our Mexico City boarding pass yet so we had to find the Aeromexico desk (fortunately just a short line) and get that handled. We had to check 2 of our carry-ons as they only allowed a personal item on board. Okay... no problem as the flight out of Mexico City was also on Aeromexico so shouldn't be an issue. We grabbed a quick salad for lunch at the gate and made our flight in plenty of time. Once in Mexico City it was confusing as we had to re-claim our bags and then go through both customs and immigration and then re-check our bag. Since we don't read (or speak) Spanish it was a little stressful; but we got it done and finally found our next gate.

Loved this departure board at the Mexico City airport. 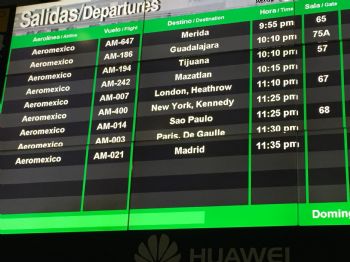 The final leg to Tuxulla was scheduled to arrive at 11:00pm; however it was delayed 45 minutes so I sent a quick message to our hosts who were picking us up to let them know. We finally arrived at our final destination 45 minutes late but in one piece and with our luggage. Hooray! Christie and her husband Ray met us and handed me a bouquet with 23 roses. She said that was how long it had been since she stayed with us. How sweet! 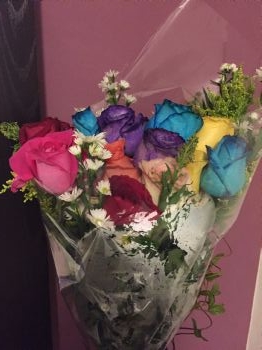 We then had a 1 hour drive to San Cristobal and I think it was 1:30am when we finally got to bed. A long day but I was thankful it all worked out.

The next morning, we woke up and got ready for the day. Our hosts live in a beautiful new house and our bedroom has a private bath... so that was delightful surprise. They also have a live in house girl who brought us coffee on a tray while we were driessing. What a treat! We then headed out and stopped at a hotel in the City Center for breakfast before going to see some local sights. The weather was great and we walked through a few of the local markets, then toured a museum and a church. 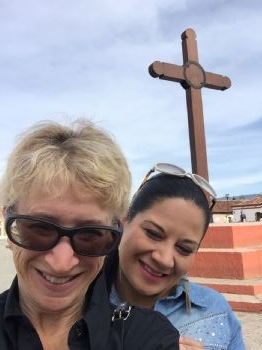 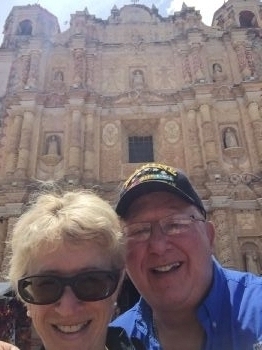 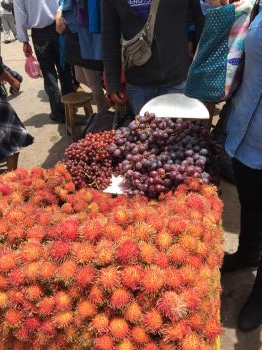 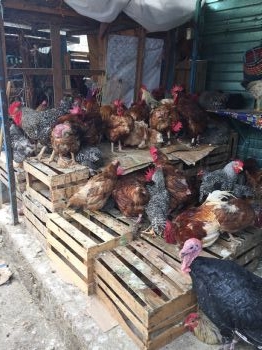 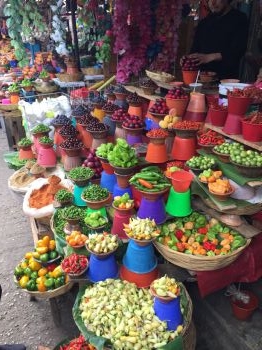 Afterwards, we went back to the house to rest for a hour before heading to Christie's brothers house to meet the rest of the family and eat. They eat their primary meal at around 3:00pm and usually have breakfast mid to late morning. Her brother lives in the City and we drove through some very narrow streets and parked... I was totally stunned with her brothers house. We went through a wooden door on the street where everything is just storefronts and fences that you can't see through. The door opened into a HUGE yard full of beautiful flowering trees, plants and a lush green lawn. We walked through the grass around a bend where there was a large tent set up with three tables seating 10 people each. A 5 piece mariachi band was playing music and we met everyone. 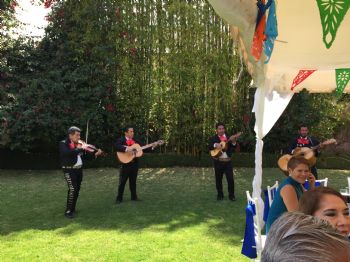 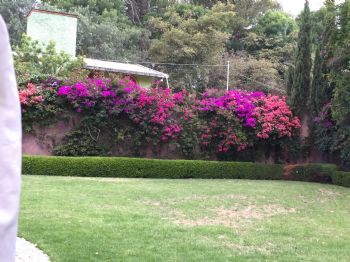 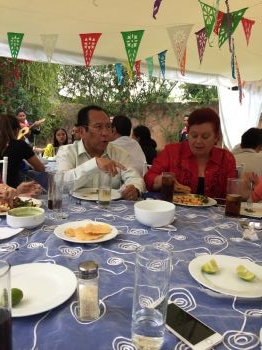 The party was put together just to welcome us. What??? They had invited family and friends and we were welcomed and introduced to everyone and given a place to sit. Then we went through the buffet which was traditional tacos with four different types of fillings. I had one of each. We also had Pozale soup which is a traditional Mexican soup. Everything was delicious. The Mariachis played during the meal and then a lasso entertainer was introduced and he did some demonstrations. Several family members later sang Mexican songs with the band. Oh, I should mention that two peacocks were also wandering about the yard. It was quite the event.

After we ate and were thoroughly entertained, we said our goodbyes with lots of hugs and kisses. We drove to a few viewpoints in the City and then came back to "our" house and relaxed and visited before going to bed. All in all it was a day like none other and very memorable.

One last thing before I forget... the carry on only packing worked. Clothes arrived in great shape with very few wrinkles. Hooray! 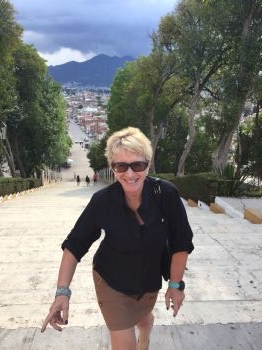