My week in Egypt

Well, I'm back after visiting my friends Hany and Mona in Egypt.

After years of engineering, Hany got a vision for Christian Nursery education in Egypt. He talked to me about it about 14 years ago. He wanted to set up 100 nursery schools. What he described to me seemed so impossible - and of course he had no background in Nursery education.

As you can see, space in Cairo is hard to come by! 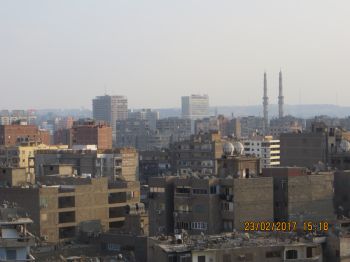 He solved this problem by approaching the Churches. Many of the Churches have a 4 or 5 storey building alongside them - each storey having several rooms. These buildings are rarely fully used. The buildings also have a flat roof (with a wall around it) so the children have a safe place to play.

Hany devised a way of teaching that seemed very rigid to me initially, but works well in the Egyptian culture. And, using his method, he is able to train new teachers in only 2 weeks (with an additional training day every month.)

12 years ago he had about 5 very successful nursery schools for children aged 3-6. 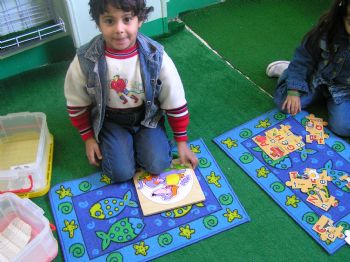 Because of the political situation in Egypt I have been careful about asking questions in e-mails so I wanted to go and see for myself what is happening. Imagine my surprise when I heard that there are now 150 nurseries in 5 different areas of Egypt - all set up by Hany with on-going training and regular monitoring!

Hany and Mona are now working on producing workbooks in Maths, English, Arabic and arts for every age group. I was astounded at the quality of what they produced. When the children start school they will be in classes of 60 students, so the aim is to give them an excellent start so that they can succeed in school. Of course it is also giving an income and a great deal of self esteem to Egyptian ladies who have trained as nursery teachers.

I did other things on holiday as well! 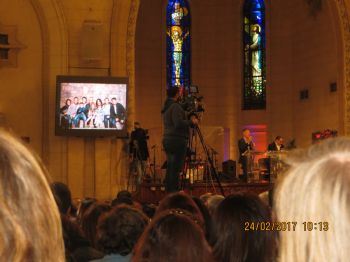 We went to a meeting at a big Church in the centre of Cairo where John and Lisa Bevere were speaking. Great that they spoke in English!! It was a new experience to go through security and have my bag searched when going into Church, and there was a strong Police presence outside the Church. Hany showed me one of the Churches in Cairo that had been bombed.

We also enjoyed a couple of days by the Red Sea. It's a tough life - but someone has to do it. 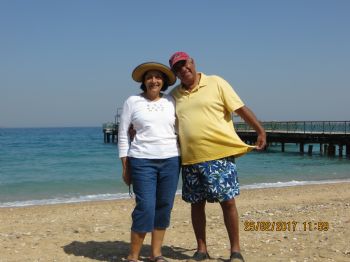 Here are Hany and Mona.
Another friend, Christine, came as well. She's being very brave and swimming. 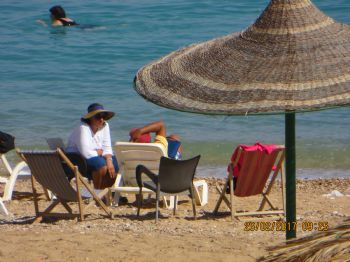 Hany and Mona have a beautiful flat on the outskirts of Cairo, by a golf course. (Hany was a very successful engineer). Cairo itself is so incredibly busy and noisy that it's wonderful for them to be able to live in such a lovely place. 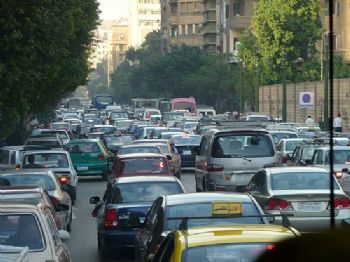 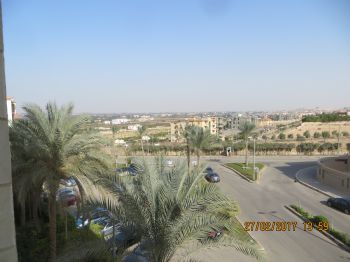 By the way, do you like the tall palm trees. They are mobile phone masts in disguise!! 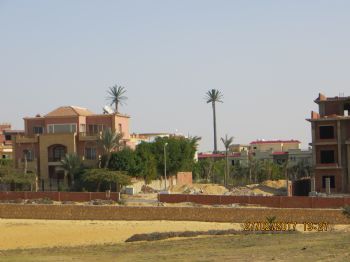 On my last day in Egypt I went out with Christine. We went on the metro to the Nile and got the water bus to the zoo. 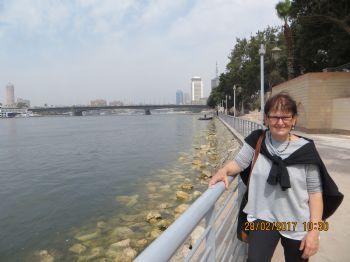 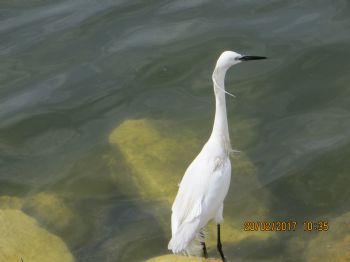 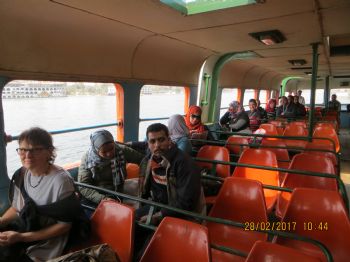 Unfortunately the zoo was closed! So we got a taxi and went to a beautiful park instead. 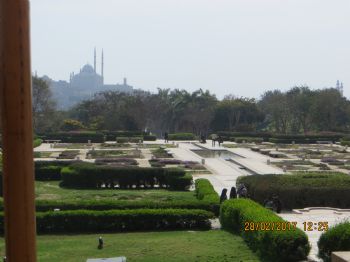 I can't tell you too much about the meal we had in the restaurant at the park because you'll be jealous - but it was amazing! (The crazy thing was we had a fabulous salad with 2 side dishes, tea, coffee, water etc. The next day at the airport the only food I could afford was a coffee and Danish pastry. It cost almost exactly the same as the amazing meal with fabulous service that I'd enjoyed the day before!)

So I didn't do many of the tourist things (I've been to the pyramids and the museum before so wasn't too bothered about that) but it was a great week catching up with wonderful friends.