Ooh, I haven't posted a grandson blog in too long!! We had fun this weekend; the visits are just too short since we split the weekends with his Grampy.

I met Cove's mama halfway on Friday afternoon and we had a nice, long talk on the 1.5 hour ride to Nana and Pawpaw's house. He usually falls asleep at some point, but this time we just had too much to talk about! 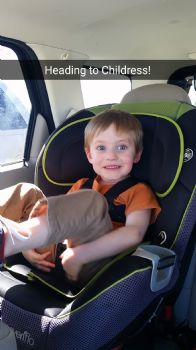 Of course, we had to make a stop at the historic steam engine downtown, so we could get our picture. 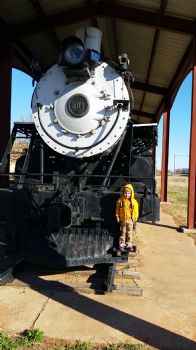 Then we did some digging in the dirt in the back yard. I think getting good and filthy is evidence of a fun day, particularly for little kids! 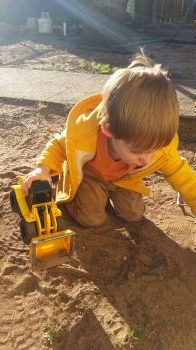 After that was the usual supper, bath and story time with Pawpaw, and plenty of playing with cars, trucks, and trains in between. 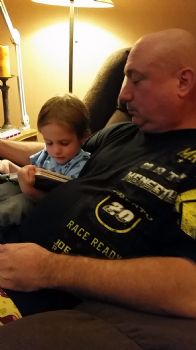 We didn't even get a chance for bedtime storytelling and singing songs because Cove passed out in a matter of moments after snuggling up in the bed! 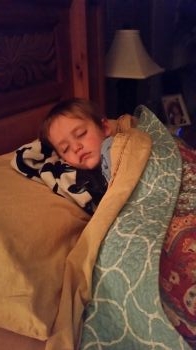 On Saturday, the local FFA had a petting zoo, and Cove got to hold chicks and ducklings and ride a Shetland pony. About halfway around the pen on the pony, he decided, "I don't want to ride this." hahaha 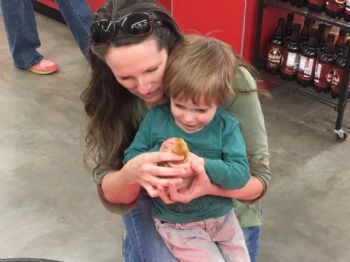 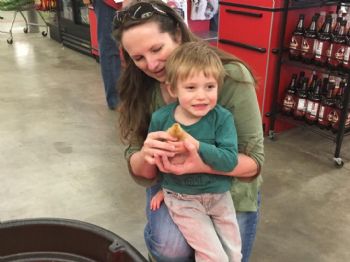 After seeing the animals, Cove helped me pick up a few things at the grocery store and picked out a truck at the checkout. I enjoyed not having to carry anything through the store, and he loved pushing his cart. He was such a big help! 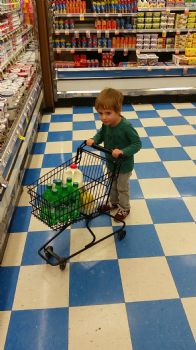 He "accidentally" took a nap before Grammy came to get him. We tried to watch some Thomas the Tank Engine, but he just couldn't keep his eyes open. Such a busy day!

We cherish these weekends with him. The last several weeks have been difficult and stressful, and this visit was like the light at the end of a tunnel. He refreshes us! He even told me at one point, "I like coming to visit you." I can't think of a better gift than that.
Share This Post With Others
Report Inappropriate Blog
Member Comments About This Blog Post