My Dad had a fall on Christmas night and broke the head of his femur, he was taken to hospital where they operated and at first he was doing well, but he died on 5/1/2017, one day before his 90th birthday. All this happened in Cyprus(I live in Australia) and it has been hard not being there, I was in constant communication with my sister who had to take care of everything as she is the only sibling still living there. The funeral was on Saturday (7/1/2017) morning, that was a very difficult day for me.

Even though I've been away for 48 years I was close to my Dad. He'd been trying to prepare us all for the last three years or so every time I spoke to him he mentioned that he was old and might die any day now. But when it happened it hit me like a rock.

I was so distressed yesterday I thought I was writing a blog here but I posted this to my current status instead, where much of it did not fit. 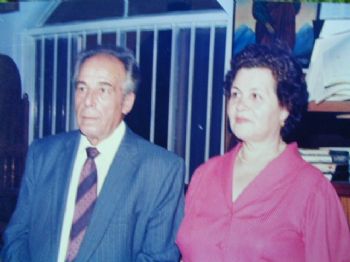