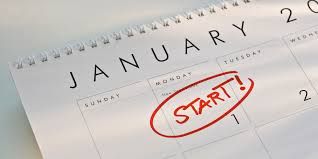 So yet another year has passed. And here we are again going to make those New year's resolutions that we will never keep. Yes, we may maintain them for a day or even a week, but for the rest of the year? Hmm. I never have, have you?
Every year in the past I resolved to quit smoking. Did I? Yes, but never for New Years. It was a strange day in June 2008, Friday the thirteenth, that I smoked my very last cigarette. (That being my lucky day). Now, don't get me wrong, I did resolve to quit January of that same year. I even made a bet with a fellow employee, I could last longer than him. I won $20.00. Of course he was under more stress at that time than I. Of course started up again. Not easy to quit smoking, especially if your spouse smokes and he doesn't really want you to quit in fear you will no longer be cool to hang out with. No joke.
I found a little "Quit Smoking for Dummies" book and read it outside with a bottle of water and chewing gum every smoking break. At the back I found websites for help. I found www.quitsmokingjournals.com. I joined and struggled and made friends. The site is now gone, but the people have met up at Facebook and continue to support each other.
So this is the only New Year Resolution I kept, but it took six months outside of the New Year to do it.
I also vowed to become a vegetarian one year. I still worked in a kitchen so for some reason it wasn't as hard as I thought. No cooking for my carnivore husband. (He worked there too) That only lasted a few weeks, though I like to say a month.
Since leaving that particular job, I have gained considerable weight. I also drink more wine than I should. I do not run around a hot kitchen for 9 hours a day, with no time to sit down and eat a square meal. So I should do what all do at the beginning of the New Year and vow to lose weight. Hahahahah!
I will end 2016 with no intentions of unmaintained resolutions, unless perhaps I make Friday the thirteenth a new beginning. Then I can pledge to stop drinking, stop eating, exercise regularly, run a marathon, pay off all my bills, feed the world, go to Australia, write the world's next best seller, and paint the next Mona Lisa. Of course she may look more like Madonna.
Merry Christmas and have a Happy Superlative New Year.