On Thanksgiving night my husband was threatened and assaulted at his job, by two men who regularly came in to where he worked and caused problems. We had to file a police report. I was really surprised when they told him he could not come back to work until they did an investigation. This wasn't paid, although they may give him back pay now that it has concluded. We have not been told yes or no, but they seem to be leaning towards no because we can sue the guys who caused the problem. This makes no sense to me since they are probably addicts with no income and a lawsuit would cost us alot in the mean time. Also because my husband was the victim in all of this. It put a very difficult strain on our family. To not receive a week or two weeks of pay during the holidays just blows my mind, we had budgeted so hard and now we are going to be short for bills etc. In the end we found out yesterday, that he would have to transfer to a different site because they feared for his and another employees safety. It put our whole family in a tail spin. I recently turned in my car because I am staying home now, so we are down to one vehicle. It worked really well because my husband worked down the road. He will be traveling much further now and we are not really sure how to make this work.

I had worked so hard to get us on our feet financially and now I feel sunk and downtrodden.

My son also had his EEG this week. It was more difficult on him that I thought it would be. Don't get me wrong we knew it would be bad. Sometimes I wonder if I can do this all. The stress is overwhelming and the future is so unknown and nerve wrecking. My son is violent and nonverbal. I have no child care for him, so even though I want to do more legal cases, I have no one to leave him with. He also is not good with transitions. We are working hard with teachers to help him with coping skills, but so far it is really slow progress. I am a fixer, and there is nothing I can do to fix my two youngest children. It hurts so bad sometimes.
I realized at the hospital that I need to fix myself for now. I need to stop stress eating and turn to other things to help me cope. I am also looking into a support group with other parents. Maybe I will find someone that has some good advice. I hope things will get better and this dark cloud will go away. 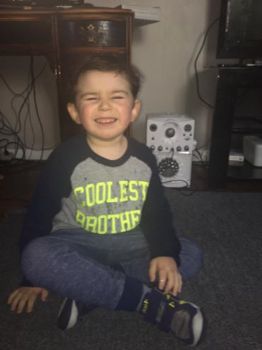 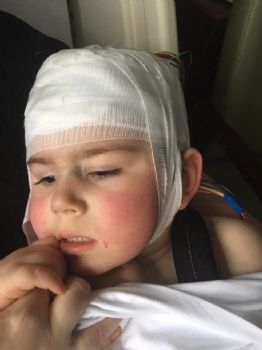