Well the Bronco game almost gave me a heart attack. Talk about last minute saves!!
Now the Pats and Seattle are battling it out on the tv. I would rather be there in person!
I was in awe at the size of the stadium in Foxboro...I don't remember it seeming that big when I lived in that area. Maybe they built a new one.

I got most of my planned activities done today between games. Managed to pull some big weeds out in the chicken yard..then thought it would be really good to have gloves on next time. Got a couple of good chunks torn out of my hands by the sharp nubs sticking out. Sigh...too soon we grow old..to late we grow wise!!

The hens are not happy with me as I am tearing up their hiding places , but the dry brittle weeds are almost like small trees and a fire hazard to say the least, so they must go. This summer the weeds had lovely yellow flowers on them and in our harsh climate I tend to let anything that is kinda pretty and will grow alone to let it thrive! The extremes here and the winds make it very difficult for much of anything to grow. Add to that the fact that we are on a shale shelf with a very thin layer of soil, our soil is almost like Alpine soil indeed. Raised beds, green houses or strawbale gardening are the way to go here between those issues and the usually short growing season. This year it was grasshopper invasion that wiped out almost everything on the place! I looked carefully at what the hoppers would not eat and finally figured out they will try anything..just some things they prefer, like veggies and flowers...then they moved on to the trees and even gave the raspberries a try. I think the only reason they did not destroy the raspberries was the thorny limbs of the berry plants.

Twas a lovely time for my girls though. Although I was not enjoying seeing the destruction of years of tender loving care being munched on by thousands..literally, of grasshoppers. The girls on the other hand were in chickie heaven chasing and munching on the hoppers .
I will never understand..a hen will chase a bug nearly till it is exhausted..then when they do catch it the first thing they do is send out this huge clucking sound. As if they are saying ..nah nah look what I have.! Well needless to say the entire flock comes running and then the race is on! Rarely does the chicken that caught the bug or whatever end up being the one that devours it!

Oh that reminds me.. caught a big ole fat mouse in my mousetrap. First of all it was NOT like a wild mouse..they are gray or brownish..this one had a white belly and feet..lil pink toes and was a tan or light brown on top..like the ones you see at the pet stores! Oh well where ever he came from ..tis too late now! So I carried trap and all out to the chicken pen..called the girlsl. They love mice!! Opened the trap and let housiemousie fall to the ground. They all stood around looking at it as if they had never seen a mouse before! Then Sir Crows A Lot came up and did kind of a "no it is not food" noise and they began to leave. About that time Ms Goldie came up..took one look and pounced on it with a MINE cackle and away she went with her treasure! The entire flock on her heels! I did not hang around to see who the winner was in that race I just know it was not the mouse!

Wow ..the excitement around here will do ya in!! hee hee..I like it and find great pleasure in my daily pattern of "not much going on".

Tomorrow is a busy day..so I better shower and get some zzzzzz's so I can be ready for the day...Good nite all... 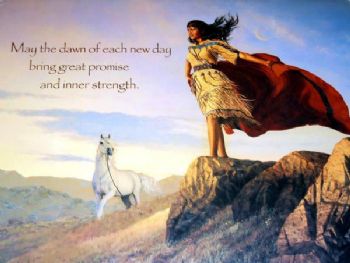