Have you ever 'gone hungry'? I'm not talking for a meal -- or even a day. I'm talking about the constant, stabbing hunger that takes over your brain after, in my experience, 48 hours or without substantial food. Maybe, like me, you were a child who grew up in neglect (if so, I'm so incredibly sorry. I know your pain.). Maybe you grew up in a family who couldn't afford regular meals (Again, I'm so sorry.). Maybe you got lost in the woods once, or decided to go on some crazy 300-calorie diet, or were anorexic. Whatever caused you to become acquainted with that type of hunger -- "death hunger", I've call it -- I'm just so sorry. (FWIW, I was/am also anorexic -- so I firmly believe that self-imposed starvation is as valid as starvation outside of your control. I think it counts because the REASON why you went to that extreme is something you've lost control over. But that may wax too philosophical and I'll leave it for another time.)

The reason I ask if you've gone hungry is that, after the death hunger of my early years and the subsequent anorexia of my teens and early-20s, learning to overeat was kind of a godsend. I finally learned to avoid the hunger. And, as time has gone on the more I've overeaten and the more I've adopted this incredible FEAR of hunger. Any hunger. Even the "I just ate my lunch too late" kind of hunger. It's like I swung in the opposite extreme. Sure, I can still buck up and deal with hunger but the mere thought of having to do that terrifies me.

The reason I bring this up is that I am about to embark on this medical weight management program. I have the opportunity to lose at least 50 lbs over 5 months and because I'll be monitored by clinicians, I have the opportunity to push that upwards of 100 lbs. I mean, my mind reels with this honestly. It's like what I want more than almost anything in the world is within grasp -- finally! -- and yet...

That realization struck me today as I finished the enrollment paperwork. I'm absolutely terrified of having to feel intense hunger and it's going to be both empowering and a potential barrier to face that fear. For clarification, it's not like they're going to starve me. This isn't some low-calorie diet sanctioned by a lunatic with a half-baked MD. It's going to be safe, healthy, sustainable... just also intense. But the thought of not being able to eat as much as I want freaks me out.

I'm going to have to overcome this fear. I'm going to have to embrace hunger -- just temporarily. Because, as anyone who has experience hunger knows: it goes away. It doesn't take too long before the brain learns to shut those signals out. Hunger is, whether you eat or not, only transient.

I'm wondering if I need to start training now. I want to be successful. I want to fight -- and win. Maybe this weekend, when I'm not expected to think hard or write intellectual prose or analyze data, I should just hole up and starve. Oh, I don't mean truly starve. I mean eat 1300 calories each day and figure out how to deal with it.

I don't want to be afraid anymore. More importantly, I don't want to be unhealthy anymore. I am very seriously considering this. I need my brain come Monday... but a restricted diet over the weekend might be exactly what I need to do to get ready for the 20 weeks in front of me.


P.S. -- As we near the holidays, I urge you to please think of easing hunger for others, not only now but year-round. People so often only think of the suffering of others at this time of year, and yet we have too many children in our own country going hungry every day. Please support your community and feed those who are unable to feed themselves. Thinking of this is very sobering -- and adds solidarity to my resolve to eat less... so I may feed more. 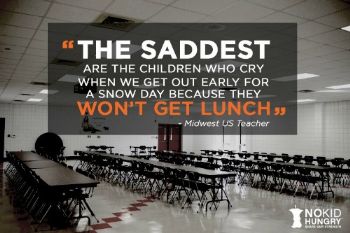 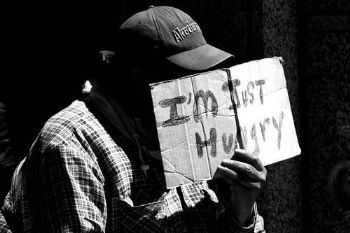