Will had to sit out the very first meet of the 2016 season back on Tuesday because we didn't have his physical done in time. His appointment was originally supposed to be next Wednesday but yesterday afternoon I got a phone call saying an appointment had opened at 1 PM today so we took it and signed him out of school at noon. He got checked out, got his physical signed and we made a fast stop for a late lunch since he missed it at school. Then it was time to head to the park where they were holding the meet. He was there before anyone else from his team. His first time for the 2016 Cross Country Season was: 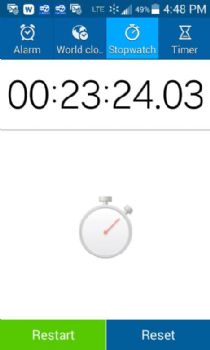 It's definitely an improvement over the two meets I have times from for last season which were: 9/22/15 - 27:34 (3rd Meet Time) and 9/24/15 - 24:19 (4th Meet Time). I'm still trying to get the rest of his times for last year from the coaches but no luck yet. I am proud of the fact that he's doing better so far already! Then again between his physical last year & today's physical he's grown about 4 inches so that little bit extra length to his stride is helping!

I just wish I dared to go out and run with him more during the summer, but I could not take the heat with the meds that I take so I wussed out every time I thought about it. I should have taken him and just let him try on his own, but even at team practices he's always got someone pacing him.

I miss running. I can't believe I say that, but I miss running. Maybe someday I'll work up the nerve again to try. Okay, it's late and my week isn't anywhere near over yet. Off I go to try to get some sleep. Good Night Spark Friends.
Share This Post With Others
Report Inappropriate Blog
Member Comments About This Blog Post