Today, I went swimming for the first time this season. I got to ten laps in twelve minutes, and that was enough for openers. That part was not disheartening. What totally got to me was going back into the locker room and catching a glimpse of myself as I passed the mirror. Oh my! The Michelin man comes to mind: 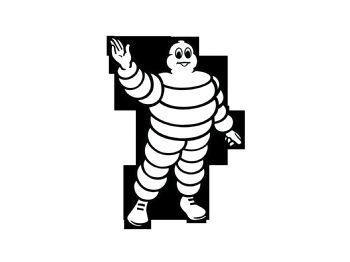 At least he looks happy. I am not. Lately, I have been reading quite a few blogs about folks who are just simply struggling with their weight loss attempts. Some are seasoned "losers" and others are those who have barely begun. 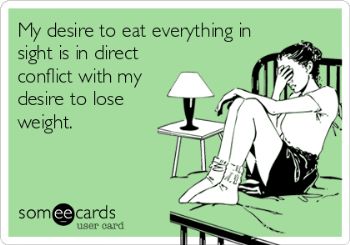 One SP buddy who was always so supportive of others, I recently discovered, has made her page offline. She was always there with encouraging words and support for many of us. And now she has become a "member of the dearly departed". I pray it's not permanent. I so wish that had I known she was about to leave, I could have offered her the same kind of encouragement she so unabashedly gave to so many others.

Then there are those who are literally within shooting distance of their goal, and at the last lap, are struggling. I was like that, too, the last go-round, and it is something I really do not understand. I was within three pounds of my self-described goal, thirty-four years ago (Wow! That long ago already?), and I never reached it. I have to ask myself "Why is that?" You can quote to me the literature, but I honestly am not a firm believer in "plateaus". For myself, and that is the only person I can speak for, I think the bigger issue is not one of failure, but a fear of success. And I think this is especially true of women, sad to say. A dear friend of mine had told me about this concept ages ago, and those thoughts have been pondered over and over again by me in the ensuing years since.

Nice quote, but I really believe there is more to it than that. One woman here on SP, who has "friended" me, I think has nailed it. As weight loss becomes apparent, there is an attitude adjustment. I see it clearly in her case, and in her very defiant new-found attitude. How refreshing!

So many with major weight issues (yes, myself included), have parallel issues with self-esteem. It would appear that this relationship is an inverse ratio. You remember those. It goes something like this: The greater the weight gain (in this case), the lower the self-esteem. Conversely, as the weight loss happens, and we see our success, the self-esteem rises. We feel we can conquer the world! 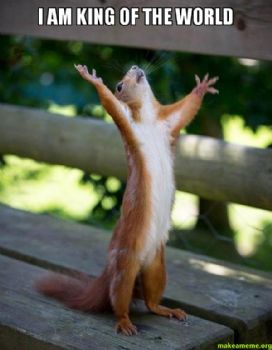 So my question now is, then what happens? Why is it that statistics show 95 percent of us will gain it all back (and then some) within a short amount of time? Why is this success so ephemeral? Can we not embrace ourselves and shower ourselves with self-love no matter our size? What IS it that is impeding permanent success? What is the path to that five-percent success rate? Are we not worthy of being successful? Unfortunately, in the business world, those who are obese do not bring credibility to the table (unless you are Oprah, and she is the exception to many rules), and sadly, being fat WILL definitely impede business success. A thought that does not escape me, especially now. Is it fair? Of course not. So, being fat then becomes not only a health liability but an economic one as well. Points to ponder.

I do so want to embrace a new-found inner strength and to make it permanent. I just need to figure out how. Care to join me?