It has been only a month since I have written, and yet so much has happened. I will try to break it down as slowly as possible. I can barely keep up myself!

The beginning of May I decided to take what is called a "Maymester" of school as CSU. Any course taken during this time is roughly 3 weeks long, and we are technically supposed to learn the same amount of information as a 9 week course. They were not lying.

The first two weeks were already unbearable, but the last week was the worst! We had an assignment that would require no less than 15 written pages, and we only a week to complete it. So did I manage to finish, you ask? Just take a look at this Facebook post! 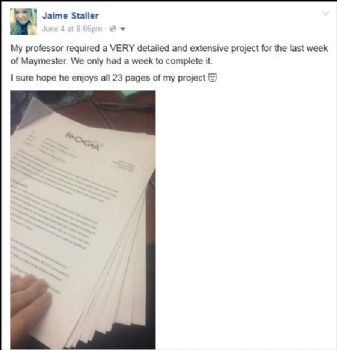 All I did for these three entire weeks was concentrate on this class. When it was finally over, my best friend and I celebrated, but not in a typical college way. We decided we were tired of being adults, so we built a fort and did temporary tattoos in sharpie markers. It was the most fun I have had in a long time!
Here is the fort! 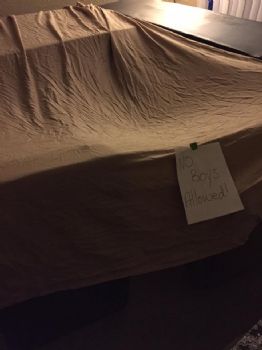 Okay, the fun is over! I am kidding, but I do have some pretty incredible news, which I will explain here first. I promise it will not sound incredible at first, but just wait for it.

Four years ago my boxing coach tried to rape me. This is the second time I have ever said this aloud. The first was on Facebook, when a friend of mine shared HER story to spread sexual violence awareness. It was a big break through, telling everyone I know what happened to me. It was liberating, and I have even gained a lot of support since. 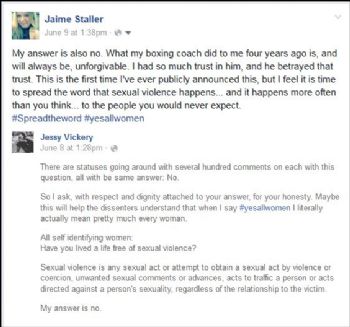 People think this kind of stuff goes away. The feelings, the emotions, and the memories. They do not. Ever. Even after four years. Even though he did not actually rape me (he got close), the incident was terrifying. I think it is so intense for me because of the fact that it was my COACH, whom I trusted almost more than anyone I knew at the time. As I said, the fact that I am discussing this in a blog is truly magical. I feel almost like a changed person. But not quite.

I went back and reread many of my old blogs. A lot of them had one thing in common... the fact that I discussed how tired I was. That tired feeling has yet to go away. So Thursday night I get to do a sleep study, and I should get my results in next week. I really hope it explains why I have been so exhausted. I will also keep you guys updated.

This blog was messy and jumpy, and I sincerely apologize. But I hope you guys learned a little about me. Thank you for sticking around.