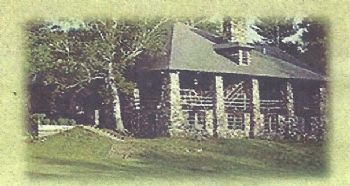 Nestled in a cove by Lake Webb in Weld, ME is a spacious Campsite with a rustic lodge and several buildings to accommodate hundreds of people with week ends of R & R, camp activities for children, youth and retreats specially designed for Women and Men, Marriage Retreats and then there is the 2 annual Prayer Retreats featured every year with guest speakers and spiritual activates along with vegetarian cuisine provided, and fellowship.
I spent from May 26-29 there. Having had knee replacement done on March 28, I am still in the healing stages of that surgery so a young woman from my church accompanied me and she and I bonded and had a time of spiritual renewal. Her grandmother had been my best friend. She died a year ago this past April, and I have been the adopted “Nana” since her death. It has been an honor.
The theme for the week end was Vantage Ground. I needed this with the upcoming court battle for 2 of my grandchildren. When we serve God and follow after Him, we have to expect trials, but we can also expect His arm about us when we are looking for a “way of escape” from the onslaught of the Adversary. This gave me that.
The basic message was “as we journey in life, we find that we are confronted with many battles. Battles over temptation, sin, depression, diet, anger, pride, relationships and poverty to name a few.”
“We know that in Christ Jesus, our foe has been defeated! The challenge is daily living on vantage ground.” We often lose sight that we have this Vantage Ground and so maintaining the vantage point in our lives and claim victory is something we need to be aware of and keep on the forefront of our minds in every challenge within the walk of life. I came home with a renewed courage and strength and I picked up from where I left off before going to the Prayer Retreat.
But quickly things come in – the best friend of my mother whom I lost 43 years ago in a horrific accident, her friend, that was a piece of my mother’s life died, leaving me to feel like I was losing Mama again. That was last week end and I attended that service.
Then, yesterday was a 6 hour court trial and now we wait 2-3 days for the judge to make a decision for 2 of my precious grandchildren whom I have watched and cared for since birth. My son spent 2 years in prison and during his being away, I had the children 70 % of the time and then 6 months before David- my son’s release, she took full custody and still I watched them for all the time until his release that August. 2015. My older grandson has Aspbergers and Sensory Processing Disorder. During this time I never received any monitory compensation and didn’t dare to as she was so adamant that she did not want to pay out any money even though she makes over $50,000 a year as well as her boyfriend making the same amount compared to my Social Security fixed income. I refused to fight for anything as I didn’t want her to say anything derogatory to the children that would cause them further suffering. David’s wife and myself traveled with 4 children these two I spoke of and his twin boys every month to see him in New Jersey. This was a hardship but paid dividends in blessings for him and the kids.
This is a long story short. But, my point being. . . when we are faced with so many challenges, health, children, grandchildren, spouses, and trials, and battles of every kind. . . we have to keep focusing on the positive. Vantage Ground.
Diet and Health which is what Spark People is . . .don’t give up – we are on Vantage Ground.
Thank you for letting me share and for the support of our special leaders of this group. We are each one blessed.
Jojo