So I haven't been posting my regular Saturday blog posts, scale is still broken and I still have not gotten a new one. The good news on that is that I was at the doctor's office yesterday and got on the scale and when adjusting for clothing, was right about the same as the last time I got a real number on the scale. So that's pretty good.

My back is finally feeling better, doesn't feel like it's going to give out on me at this point in time.

Also, got the news regarding surgery on my shoulder; it is scheduled for Monday May 16 !!! After talking with the doctor yesterday it seems that after the surgery my left arm may be immobilized for 6 weeks! I will be going to physical therapy and receiving passive range of motion therapy during those 6 weeks. After that I will begin moving my arm myself in therapy. There's no telling how long before I am back to 100%. It's going to be a few months at least.

On a more personal note I have met a woman :) I did meet her on a dating site and I have spent most hours of my day exchanging emails and chatting with her. As I have told my friends "she's not from around here", she's actually Russian. She is a fitness trainer, a model and a ring girl for Russia's version of the UFC, M-1 Global. Her name is Angelica Anderson (also spelled Anzhelica) and she has over 443,000 followers on Facaebook. I'm a lucky boy! 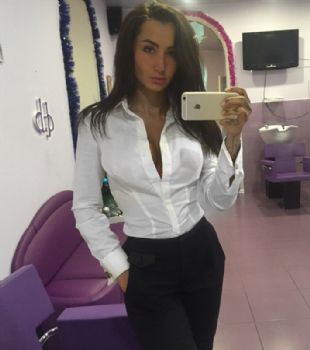 This a tame picture of her, I thought best to keep it PG here :) 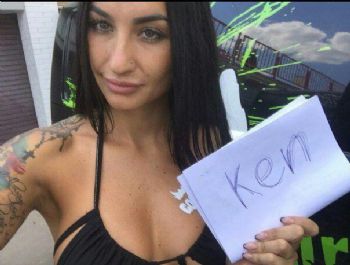 I don't know where this will go obviously, but I'm hoping my shoulder will be healed up enough for me to fly to St. Petersburg Russia while it's still a little warm there!!! However it works out, I am "over the moon" right now, a feeling that is very unfamiliar with me.

So, that's my life right now. Thanks for reading.