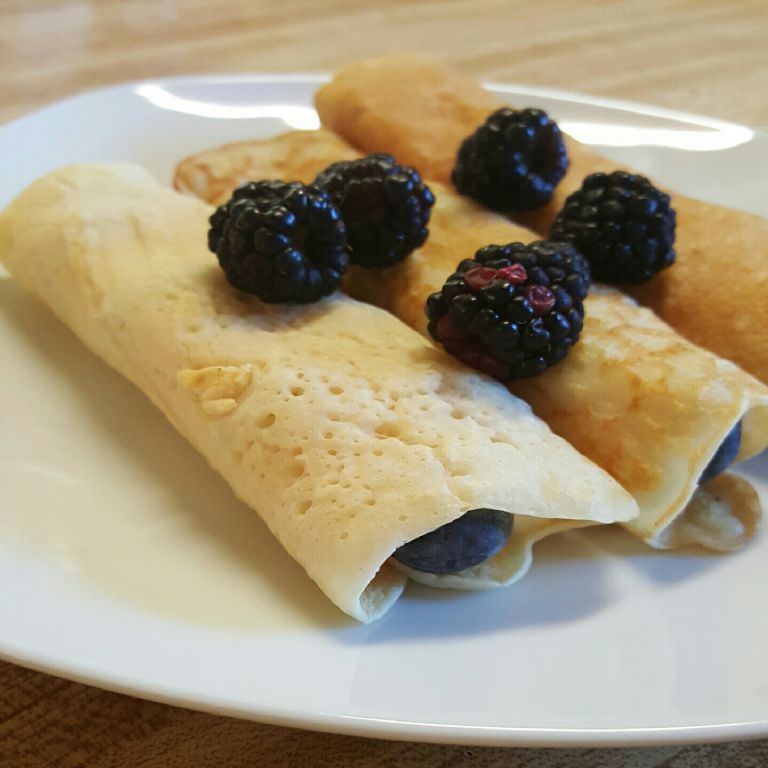 Have you ever watched TV while trying to eat healthy, and something comes on that just looks and sounds delicious? That happens to me constantly. This morning it was IHOP. They were advertising their crepes, loaded with cream cheese, syrup, and "fruit." I say fruit in parenthesis because I'm pretty sure it's not fresh fruit. It's probably from a can or covered in powdered sugar. The point is, IHOP is off limits while I'm trying to change up my eating habits. Anyway, I decided to attempt to make my own crepes this morning. They turned out really good, and even though my son wasn't a fan, he was still able to have his pancakes and blackberries. I made my son's pancakes first with pancake mix. I made them according to the box, but only made three dollar sized pancakes for him since he doesn't eat much. Then, with the remaining mix I watered it down so it would get a bit runny and I could get the consistency needed for a thin pancake. Then, once the three crepes were cooked, I filled them with plain Greek yogurt and blueberries, topped with blackberries. I found it to be not only esthetically pleasing, but very yummy! No butter, no syrup :)
Share This Post With Others
Report Inappropriate Blog
Member Comments About This Blog Post