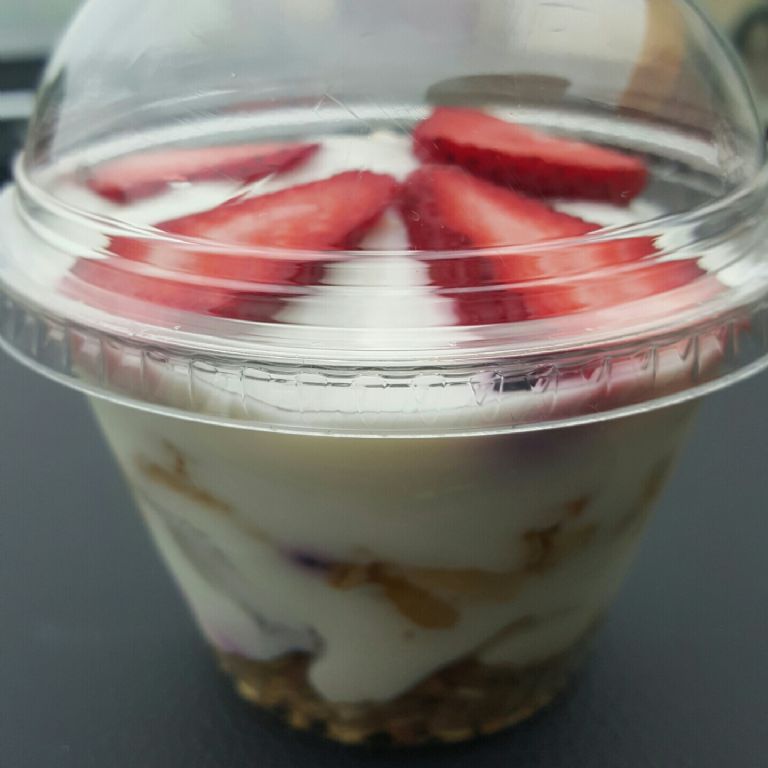 This morning I weighed myself. I'm down 4 lbs. (Down to 281 today!) It's my first week, so I was expecting a number like that. I'm also not feeling that great since I woke up and my monthly visitor is here. (Sorry for TMI!) I woke up with a headache and so lethargic. And with PMS comes the cravings! My son wanted a donut. We usually don't go to the donut shop like we used to. Last summer I went maybe once a week? I didn't want it to become a habit for my son and I, so we just stopped going and treat it more like a treat. Plus, the woman who owned the shop constantly harassed me about only having one kid. "You need more! You're not a real mom unless you have at least two!" Whatever. She made me feel uncomfortable, so I never came back. Her rude comments weren't worth the delicious donuts that she offered lol. Today, we decided to go in again. I knew I wasn't going to get a donut. It wasn't even an option for me. At first my son wanted a donut, and then he saw that they had hard boiled eggs. He loves eggs and it was amazing that he chose one over his favorite chocolate old fashioned. He also got a milk. I, on the other hand, saw this yummy parfait. Low fat yogurt, fresh strawberries, and granola. Yum! When we went to pay, we realized that it was a different woman at the counter. She was so friendly and introduced herself as the new owner. Hmm... She also said she's offering healthier choices such as low fat yogurt parfaits, fruit salads, green salads and hard boiled eggs...in addition to the usual donuts. This makes me happy! Even when my son has a donut craving, I can still go and get something too.
Share This Post With Others
Report Inappropriate Blog
Member Comments About This Blog Post