Augusta National and the Fat Ninja

These are the adventures of the starship Tub-o'-lard...

That's about how I feel. Three days at Augusta National watching the Masters practice rounds with a big group of guys... Let's just say that healthy nutrition must have been teleported to Klingon, since it damned sure wasn't with us. Here's the motley crew, sans me (taking the picture). 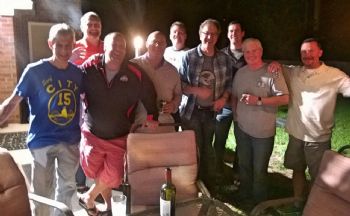 Now, though I may have put on a few poundages while there, all in all I'm still down nearly 50lbs since August. I say that because I may have snuck up on my wife and scared the crap outta her, and she called me a fat ninja. 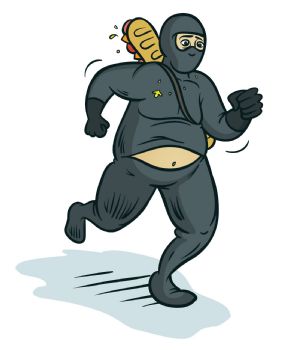 I believe she insulted me. Or at least a "backhanded compliment."

Good news though. I visited my local Farmer's market this morning. Here's one of the 6-7 regular farmers' booth... 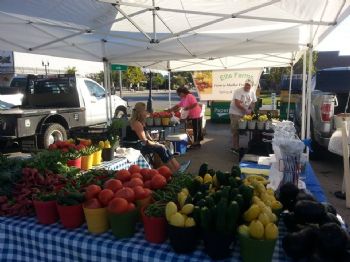 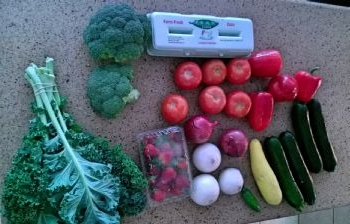 Finally, Houston hosted the NCAA basketball final four. A big deal, that didn't help me a bit, since I wasn't here. There was, however, this sign at the Delta counter at IAH. Seems those programs were mysteriously disappearing from the uber-secure baggage handling process. 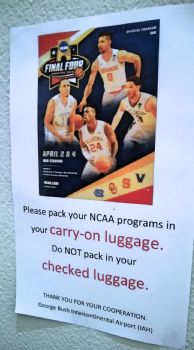 Nothing like announcing in advance, "don't put anything valuable in your bags, because we'll steal it."