I posted about my first "Me Jar" in November ( www.sparkpeople.com/mypa
ge_public_journal_individu
al.asp?blog_id=6039254 ), right after I'd run out of gems in one of the categories. I started the new one as soon as I'd reset the gems, and I've now filled that one as well. 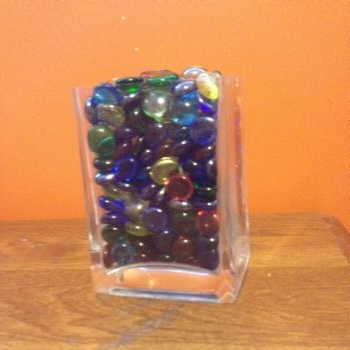 After trying to sort the very similar looking gems the last time, I changed up the colours. It went much fast this time. It looks like I've made progress on some of them and stayed about the same on others (the ones I was already doing well at), though I decided last time I didn't want to actually count 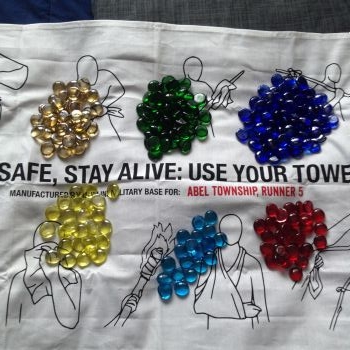 No picture of my cat helping this time, though of course she did. She took the unusual tactic of trying to catch the gems by coming at them from under the towel, though. It did not work as well as she clearly thought it would.

Anyway, jar rebooted, with the same gem colours this time, and on I go for #3.