ended with a 1.6 lb. gain! I decided to take Friday off and our office was closed on Monday for President's Day. Again, I know I didn't eat 7,000 extra calories, but the combination of being off schedule and lack of exercise probably accounted for the gain. I didn't even want to write it down, but yesterday was my "official" weigh in day, so I did. I'll just move on and get back on plan (which I have).

The long weekend started on Thursday day night with a birthday dinner for my 89 year old Dad! We went to an Italian restaurant and I had a really good salad and only 1 bread stick. I did have a cupcake later!

I spent most of Friday shopping for a prom dress with DD#2, friend and DD#3. We had an appointment at a local bridal shop that carries prom dresses (a great selection!), so the attendant we had was great. She really listened to DD#2 and friend and brought different dresses for them to try on. The attendant also brought out shoes and accessories and "jacked them up" (if you watch Say Yes to the Dress) They both ended up buying a dress that she picked out, so I guess she knows her job. DD#3 even got into the act and tried on a couple of dresses (even though DD#2 didn't want her too). The dress DD#2 tried on was pretty big on her (it was supposed to be tight fitting and rouched) and she measured for 2 sizes smaller, but we ordered the size smaller since it was a little longer. We'll probably have to have it altered since it is probably already a little big and if she continues to loose weight, but at least she can wear a little bit of a heel. Her date is maybe an inch taller, but she says she's going to look for 2-3 inch heels anyway (you go girl!).

Even though we found the dresses, we went to the mall nearby (biggest one in Georgia) to walk around since we didn't have any other plans. I had a late breakfast shake and no lunch, so I was pretty hungry. We ate at the food court so we could all get something we liked. I had a Jimmie John's "unsandiwch" with the lettuce wrap instead of bread and it was really good.

Saturday was a lazy day and I did manage to get in a 2 mile walk with the dog. It was cold and the wind was bitter! I didn't go over my calories on Saturday, but didn't make the best choices.

Sunday and Valentine's Day was a lazy day. It was cold and windy again and I just didn't feel like getting out. DD#1 made us all pizza and even though they were pretty healthy, I ate too much. DD#3 and I also got stuff to make chocolate covered strawberries and ended up covering everything with chocolate - strawberries, blueberries, raspberries and pretzels! They were also good and I ate too many. I did go over my calories on Sunday (but not by 7,000).

Monday was a rainy and cold day. Freezing rain was predicted, but the rain didn't come in until afternoon when the temperatures were a little warmer. We went to another mall because DD#1 wanted to meet us there after class. I didn't eat too well on Monday and went over my calories.

So I only went over calories 3 out of the 5 days and only by about a total of 1,000. I really hate when I loose progress and gain back the loss I had the previous week, but I won't get discouraged and move on! 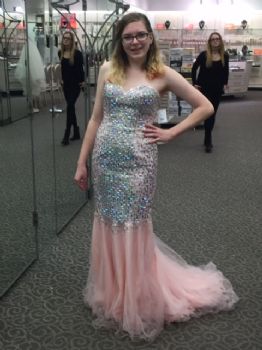 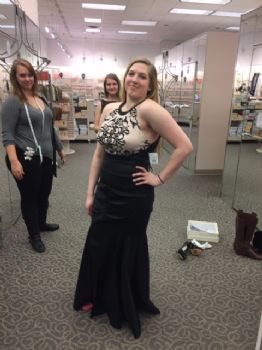 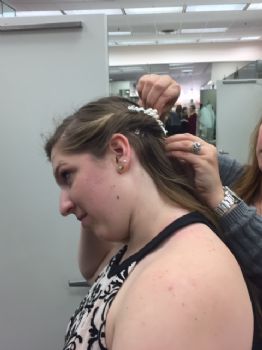