Valentine's Day. As I get older, I feel more and more like it's some sort of trap.

I don't enjoy it.

It's not because I'm single. I've been married quite a while now.

I got him a present. We'll probably go out to dinner or something on Sunday.

My trouble is, no matter what I do, it isn't enough. If I buy him a card, he'll be disappointed that I didn't MAKE a card for him (I'm an artist...and people expect me to make things for them). If I buy a present (and I did), it will be the wrong present. If I buy candy...it will make him worry about being fat.

Now, I know what you're thinking...he sounds like a woman. It's true. The characteristics that we delegate to women in our culture tend to be his default. I would argue that MANY men have that same default, and we try to ignore it as a culture. Behaviors are not naturally inherited by either sex. Humans are more complicated than that. If you want simple gender roles, I suggest you look at Salmon.

But that's neither here nor there. The fact is, I am sick to death of Valentine's Day. It's all about consuming, and unrealistic expectations regarding love and romance.

I have no ultimate point to make here. I just wanted to state for the record that I'm just not looking forward to the next 48 hours. 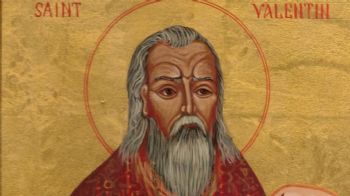