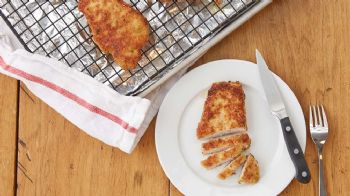 It’s National Croissant Day! Although it is most likely just a myth, the history of the croissant is a colorful tale full of adventure. In 1683, the Turkish Empire laid siege on Vienna, Austria. The Turks made several attempts to enter the city by force, but were unsuccessful, so decided to dig an underground tunnel. The bakers of Vienna, who worked in the basement storerooms, heard the sound of digging and alerted the army.

The bakers received high honors and thanks for their assistance in outwitting the Turks. In celebration, they baked their bread in the shape of a crescent moon—the symbol of the Ottoman Empire. After the Turks were defeated, it became custom to serve morning coffee with the crescent-shaped pastry!

The legend goes on to say that over a hundred years later, Marie Antoinette (an Austrian Princess who married Louis XVI) introduced the pastry to the French who dubbed it a “croissant.”